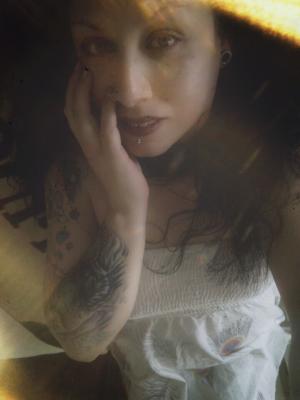 I disregard the proportions, the measures, the tempo of the ordinary world. I refuse to live in the ordinary world as ordinary women. To enter ordinary relationships. I want ecstasy. I am a neurotic —in the sense that I live in my world. I will not adjust myself to the world. I am adjusted to myself.

Sometimes, it's just the way that you look at me. Fever-flame surrounding your pupils, and I am in their grasp. Sometimes, it's the way the air feels. Wicked fierce and full of possibility. Sometimes, it's in the sky. Cauldron dark, brewing and pregnant with potential. Everything is but a stone throw away.

“I could do it. I could rip your life out like a fury, like a beast. I could stand over you with my red hands, and lap the heart out of your hollow chest. I'm a wolf, I'm a woman, I'm a building hurricane. I'm whole-way sharp teeth, soul-sick wet claws. I say "love me," and you say, "you're killing me." I say, "I'd die for you," and you say, "You'd kill for me—that's not the same thing.”

I was once obsessed with trains.
Music is nearly everything to me.
I love tattooing & I nearly have an entire sleeve plus two orb weavers inked to the insides of my wrists.
I keep a fan constantly going while I sleep.
I am spiritual but not religious.
Lilacs are my favorite flower.
I was once a professional musician, but now I make photographs.
I am very emotionally independent.
Winter and Autumn are my two most favorite times of year.
Although I am of mixed ethnicity, I identify the most with my Hidatsa/Nueta heritage.
I am always missing someone.
I adore reading and often fall in love with books.
I laugh with my eyes.
My hips are a weapon, just as much as they have been a cradle.
I feel that my hands are the most important part of me.
I walk a path between the sacred and the profane.
I am bold; I am shy.

I love anything made with pomegranates.
I love frost covered trees.
I love hot, humid nights almost as much as I love cold wintry ones.
I love whiskey and wine & really cheap beer, but lately have only been drinking tea.
I am rarely, if ever, on time.
I dream of space and stargaze often.
I wish I could see a nebula.
I wish I lived in a binary star system.
Magic tricks enthrall me.
I love to snap the photographs.
Music makes everything so much better.
I love to create soups and I love my stock pot.
I love spiders and have one Tarantula, Renfield.
I have two hounds and a mutt, Spooky the Beagle, and Rosalie, the Basset Hound, and Grim, the mutt.
If I were to choose, green and purple would be two of my most favorite colors.
I often get lost in memories.
I smoke entirely too much.
I really like the number 5.
I understand myself, and know who I am.
I love to make the music.
I wear my heart outside of my skin.
I have no fear of my own vulnerability.
I might have a crush on you.

"Thanks to emptiness, everything is possible"

I polarize in order to enchant.
Stabilizing receptivity,
I seal the output of timelessness.
With the lunar tone of challenge,
I am guided by the power of death.

They wanted to flower,
And flowering is being beautiful.
But we want to ripen,
And that means
being dark and taking pains.

♥These are a few of my favorite things♥

♥After silence, that which comes nearest to expressing the inexpressible is music♥

I burn my words to cleanse, yet I taste your mouth in every flame.
Perhaps it's all in the triangulation of these memories, and the hazy sense of perspective when I see your photograph; I have never been further away.

You could be my perfect silence.

What is a ghost? A tragedy condemned to repeat itself time and again? An instant of pain, perhaps. Something dead which still seems to be alive. An emotion suspended in time. Like a blurred photograph. Like an insect trapped in amber.

Unless otherwise stated, all photographs have been taken by me. 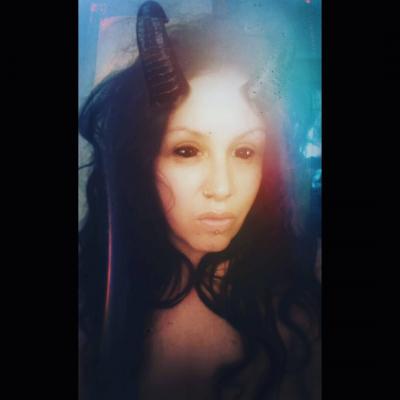