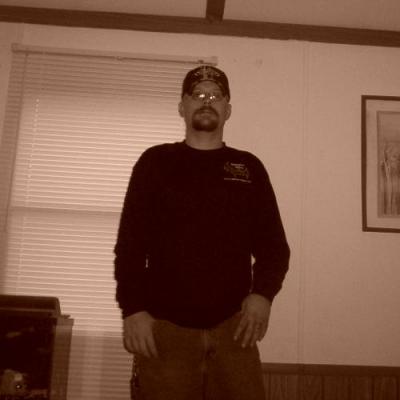 Then I saw there was a way to Hell even from the gates of Heaven. J. Bunyan, Pilgrim's Progress

Introduction
My name is Victor. I am a newly married man(as of Oct. of 08 a first for me). I am a mechanic by trade. My wife and I have eighteen month old twins, a girl and a boy. I have an eleven year old son I've raised since he was about a year old. My wife has a ten year son and an eight year old daughter. We also just recently took temporary custody of my twelve year old nephew. I work third shift in an iron foundry. Obviously I don't have time to be online a great deal of the time with six kids, a wife, a full time job, three dogs, and a blind cat at home. APR11 *UPDATE*My twins are now three and a real handful. My newphew is gone and we are up to four dogs(my lovely wife just had to get a full blooded cocker spaniel. We also have two more cats. One Siamse kitten and my wife adopted another cat from the animal shelter.

TRAVELS
I was born in the Mountains of West Virginia, grew up at the beach in South Carolina, during my stay in the Army I lived in Washington state, visited Canada, and spent six months in Cuba. Now I live in South Carolina again. I have also lived in Georgia and North Carolina. I have been to New Jersey on business. It was actually fun up there. I found go-go bars to be quite different then strip clubs. They are fun all the same. Also the people are different. I'll just leave that statement as is.

LIKES
Reading, Movies, Billiards, Drinking, Cigarettes, Going out to eat, and generally having fun. Did I mention bar hopping or as my English friend calls it, pub crawling. If you can't tell I really like to drink and have fun. Of course my favorite thing to do is take my son to the movies. I must be getting old. Since I first wrote all this mess. I hardly ever drink anymore. I spend most of my free time working in the yard or playing with my kids or my dogs.

DISLIKES
Rudeness, Disrespect, Boredom, Silliness, Lying,(I would rather someone slap me then lie to me) and Laziness.

I grew up at the beach so we would go fishing often. We would see schools of dolphins feeding in the inlets. I never could hook one of those damn things. I read once that dolphins and humans were the only mammals that mate for fun. They must be pretty smart after all.
Musical Likes
Danzig, Type o Negative, Elvis Hitler, Kid Rock, Van Morrison, the Cult and Ac/Dc. David Allan Coe, Hank Jr & Sr, Johnny Cash, and Waylon Jennings.

TAT'S AND SCARS
I have plenty of both. Everyone of them is a story that reminds me who I am. I wouldn't have it any other way. Pictures of my tats are in my portfolio. Someday I may put up pics of my scars. The physical ones anyway.

OPINIONS
Everyone has good and bad ones. It all depends if you tell someone what they want to hear that decides which is which.

BELIEFS
I believe vampires exist in modern society today due to one reason..... Lifeforbidden choice. I do not believe people can be "turned" or that vampires have special powers like in books or movies. Personally I am happy to get my vampire fix from books or movies. Naturally I have nothing against those that live this lifeforbidden or I wouldn't be here. With that said don't expect me to accept role play. Those that role play have fun, but it has no place in conversation with those who don't.
Interests
Family, Racing, Wrestling, Comics, Politics, and Living life.

Little Facts
My son is named after Wolverine, I am an extremely picky eater, I brush my teeth 5 times a day, before I met my wife three years ago I had only ever had one relationship lasting over six months,I use Rune Stones, I hate spending money on myself, I collect old coins. I would rather drink cold beer at a bar then sit at home alone and drink a case of beer for what I pay for 4 or 5 around town.

Ratings and Stamping
If you are not happy with the rating I have given you I will be glad to rerate you. I do have guidelines though. Look in my journal under Personal Entries for December 09 to find them. Please read them before messaging me to ask for a rerate. I follow them very strictly. I expect people to put time into a profile page to receive a high rating. I care not for my rating but I will not rate high to be popular. UPDATE APR 11 If you haven't noticed I'm rarely online anymore. With that said I don't plan on spending much time looking for stuff to rate. If I go to a page I'll rate but I don't plan on rating to just be rating. I've rated everything on this website twice over the years. It is a never ending job I no longer have time for.
Some of you may have noticed I have started stamping profiles or portfolios. If I did so to you rest assured it was to acknowledge the fact I saw something of interest. 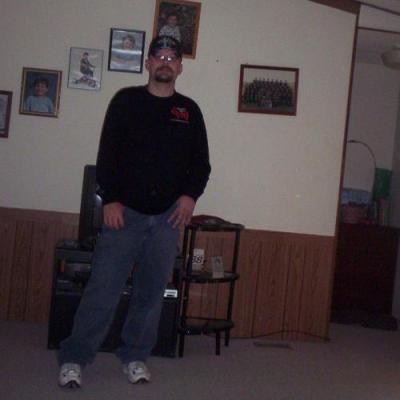