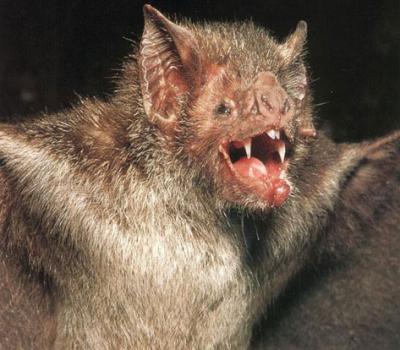 
Please Don't ask me to join a Coven. I really Don't have the time!!! Even after I tell a Coven that and they say its okay and it will Not be a problem they kick me........lol Now it seems I have been kicked out of one more coven by " Coven of Lost Souls " and I did not even know I was in this coven since I have not been on for some time(months).


Okay here is some info that may help a few of you out.Dont ever put your cat on a leash.Don't ever try to give you cat a bath with a leash on.When the cat starts to act like it is from hell don't try to pick it up.Now if you must pick up your cat, try not to pick it up by its sides.Picking up a cat by its sides let them be able to jam all there nails from the rear legs into you arms(yes it hurts). Now if this happens don't think this is all it could do to you cuz the cat now knows you are screwed and here it comes the fangs.Yes I know giving a bath to a cat is not a good thing to do but sometimes you have to. Now after the bite you better go see a doc cuz your hand is going to get real big and fast.So please dont try this at home, friends house, or any where.I hope this helps you out.Also no cat was hurt in any way!!


I am a person that does not like to go out in the sunlight much.
I prefer the dark due to the fact my eyes are light sensitive. I know you see this type of info on everones profile. I don't know about them but in my case it's no joke.


Here are some of my likes:


Paintball:I use to play paintball every weekend but seems has if the people I use to play with just started to buy the guns just to act like they where playing more then they were. The type of paintball gun I use is a 99 STO Autococker by Worr Games prod. w/ a nitrogen system tank by Air America. This paintball gun was said to put down 10 balls a sec. & with a hopper feeding up to 12 balls a sec. was good for back in 1999. I just went to the paintball store to see the new paintball guns able to shoot up to 21 to 29 balls a sec and the new hoppers feeding up to 32 balls. I have to say thats pretty sick. Time to get a new gun.

Bowling:I love bowling, one of the few games you can play with out any one else. The best score ever had was 289.

Drawing:I really use to like to draw. I was told by a lot of people my drawings were really morbid. I really did not have a problem with that till I lost a good friend. I then had the problem that every time I would draw I would think what happen and had to stop. I was about to go to art school at Pa for drawing and make-up artest plus money was a issue.

Computers:I love putting computers together. I been using a PIII 450 ( Really out dated) for the past 6 years and it has done me well. Now that the times and games/software have change this system just can't keep up. It's time for a update......lol I been working on a new system that I should not even think about updateing for sometime after it's done. Well the new system is done. Main hard drive is seagate sata 150gb with a back up seagate sata 160 thats hot swap with the use of a ez swap system so I am able to add as meny hard drive as I may need. 19inch flat screen monitor, 1gb of mem.(going to add tow more sticks), amd 8700 cpu,dvd burner and cd rom. I think That this system will hold me over for sometime.


Computer games:I found this the only way sometimes to get away from everything with out driving someplace. The only problem is the games they have out know will not work on the system I have noted under computers.


Camping:What can I say, just able to get away from it all. Setting next to a fire at night, not much going on.


Rain:The way it sounds when it hits the ground, car in the driveway ect.


Walks in the dark:I like to walk in the dark not to hide just cuz my eyes are light sensitive and I don’t like to ware sun glasses all the time.


Pierceing:I use to have a tongue pierceing but after a year I took it out miss it and want to get it done once more.


Tattoo:I dont have any tattoos at this time, cant seem to think of one I would like to have till the day I die. My tattoo would have to be something that did not come off someone's wall or that’s someone else has on them.


Woods:There is just something about it. You don’t feel judged by anyone when you are out there. It’s really quite and you can just do all the thinking you want. It’s just very peaceful. There are not many woods around me like there use to be. Still the best woods I ever been in are back in Pa. you could go and be alone for hours and you would know that you would not see anyone.


Here are just a few of my dislikes:

Well if you have viewed my portfolio, you have seen I have a Rottweiler for a pet.When I have been on my walks with my dog I have seen so many people give me the look as if I just ran over the kids with a car.So when I came up on this small story on the internet I just had to post it. Now at this time I do not know who did the story.

”Insurance companies,Home Owners Associations, & even entire cities and townships have jumped on the "Breed Banning Bandwagon".Pit Bulls, Rottwielers, Chows ... all have a substantial black mark on their reputation these days,& it's become to a common thing for the owner to watch as people cross the street and shoot dirty looks as she walks her well-behaved Rottweiler down the street. People who lived in controlled neighborhoods with a Homeowner's Association are not allowed to have any of the potentially "dangerous" breeds as pets. Insurance companies are starting to refuse policies to people who own these dogs. & in some cities, people have had their dogs confiscated and euthanized due to strict by-laws. Animal shelters are no longer adopting out these breeds, but rather euthanizing them on receipt.Wow. Whatever happened to our dog loving countries?What makes a dog aggressive and dangerous anyway? Is it their color? Black and Tan dogs with the few exceptions of toy-sized dogs (Dachshunds, and Miniature Pinschers come immediately to mind) it seems that most black & tan dogs induce fear on sight. Is it their name? Staffordshire Bull Terriers have Bull Terrier in their name, they must be evil? What about shape? Any dog with a broad head or cropped ears is game for the breed banning fanatics? It sure looks as though this is the criteria used to enforce Breed Specific Legislation. It still doesn't answer the question above though, does it? What really makes a dog, any dog, dangerous? The answer is a scary one, especially considering that the real criminal rarely gets punished. The owners of the dog are what make a dog dangerous. Bad dogs are not born, there is no genetic mutation present in certain dog breeds that make them turn against their owner or reach out and bite their latest victim. Bad dogs are created, usually by the people who raise them, less often by unscrupulous breeders who deliberately or unknowingly breed unsound temperaments to another unstable temperament. Every dog is a product of his environment. Every puppy born is born innocent of future charges levied against him by the public. What will happen when certain parties have their way and the latest "dangerous" breed is eradicated? There will be no more Pit Bulls, what will take their place? When all the Doberman Pinschers are gone, what breed will be next? I'll tell you. America's sweetheart, the Golden Retriever, will be next. As long as the owners are allowed to get a dog and raise it to be a monster, any dog breed can take the next spot on the Banned Breed List. Labrador Retrievers and Standard Poodles have the same amount of teeth as a Chow, and put just as much pressure on as a Poodle. But nobody fears these dogs. Cocker Spaniels and other small breeds have unbelievable bite records, yet people don't panic at the thought of facing one on the street.
What we have now is a band-aid solution. It will work for a very short period of time. What is needed is an implementation of much harsher laws dealing with animal cruelty, neglect, and, yes, maybe we should be looking at licensing dog owners along with their pets. Convicted of animal neglect or cruelty? Then you shall never own another animal again. Why should people be given another pet to ruin? How can we, as a society, justify euphonizing dogs on sight at shelters and calling for the destruction of dog breeds that make wonderful companions, when the real criminals walk free? What is wrong with this picture??”