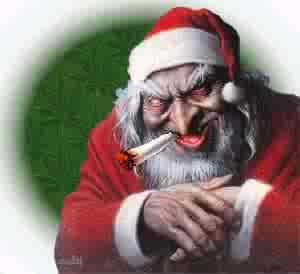 Well im 6 foot even, about 180 lbs. I have brown hair, brown eyes. My favorite type of music is Heavy metal and I love AC/DC even though they aren't heavy metal. I rock out to bands like Lamb of God, Pantera, Megadeth and such.Do me a favor though if your going to rate me a 10 because you want me to rate you a 10 its not going to happen I rate on my impression of the profile not because you did one for me. Might sound like im being a dick but Im not i want to see how people actually feel about my profile.Also you can bite me, stalk me, or add me as a friend but if you add me as a friend let me know so i can add you thanx.

am not a goth, though I am a consuming vampyre also known as a kitra(Mind you not a vampire yes there is a difference)

A vampire is An imaginary supernatural being. These are found in ancient religious myths and in such creative fiction as horror novels, films, TV programs, comic books, etc. A common meaning is a "reanimated corpse that rises from the grave to suck the blood of living people and thus retain a semblance of life." 1 They often are described as dying if exposed to sunlight, being repelled by garlic, having fang-shaped eye teeth, sleeping in coffins and being very difficult to murder. They can only be killed by driving a wooden stake through their heart -- or perhaps by shooting them with a silver bullet. There are other, similar, definitions.


A Vampyre is An actual individual who sincerely believes that they need to feed on either the blood or the energy of other people, animals, and/or things, in order to maintain optimum spiritual and/or physical health. They often form groups, called houses or covens, which are composed of vampyres, donors who supply blood, and individuals who are both donors and consumers of blood. The latter are called "kitras" in some vampyre groups

some of my favorite bands are:
AC/DC,Old School Metallica, Megadeth, Pantera, Lamb of God, KoRn,Black sabbath with and without ozzy, Ozzy Osborne, Deep Purple,Led Zepplin, Motorhead,Van Halen, and many others.

reasons i am here is to met new and interesting people, I hate liars, two faced people, and hipocrites which i guess falls into those categories, But i despise them with a passion I have found out just recently that it takes more than six years to trust someone.


I am in a relationship and happily in love with babygurl69 on here so don't come onto me or anything else. I have two lovely beautiful baby girls Lillian Marie and Kirsten Renae. The are my pride and joy and nothing or no one will ever come between us.