I really don't know what to say about myself.. I am just me. I have a tendancy to distance myself from people.. It makes me seem cold-hearted sometimes I know.. I'm just afraid of being hurt, and hurting others. I don't like rude people. I like to be left alone to myself, unless you're interested in me because of some odd self interest. I'm really not an amazing person. I've met amazing people, none of them have ever really liked me. Maybe I'm too quiet? Maybe I'm too paranoid... Maybe me not being afraid to be what I want scares people. I've heard people are afraid of what they can't explain. I can't even explain myself.. But I'm not afraid, just intrigued. The world amazes me. I want to go places most people only dream of going. I want to do things that people only do in their dreams because they are afraid of what other people would think. Want to know anything else? Ask. I'm open and would really like to meet more people. Aimer toujours...

You can message me sometime on any of the messangers..
AIM- plink in pink
Yahoo- tangleduppuppet909
MSN- wowimweird@hotmail.com

Things I dislike:
Rude people, people who judge before they get to know you, most people in general just for being moral-less and self-centered, money, Bush, bush's dad, U.S.A politics in general, watching the news, hott days, having to be seen in a bikini, people who think bi-sexuality and homosexuality is wrong, people who shove their religion in your face and tell you to worship whoever they do because it's only 'right', heels, dresses, skirts, uberly girly things, perfume and cologne that smells like a small room after having been packed full of old people, people who drench themselves in their ode de parfume, peas, meat, milk, and my brain has stopped working so that's going to have to work for now..

Music:
~Lacuna Coil
~Godsmack
~Greenday
~AFI
~KoRn
~Story of the Year
~Classical like music like Beethoven and Mozart, and Schubert
~Evanescence
~SOAD
~Rammstein
~Stone Temple Pilots
~RobZombie
~Static-X
~Disturbed
~DrowningPool
~Deftones
~MarylinManson
~Godhead
~Orgy
~Earshot
~DryCell
~Tricky
~KIDNEYTHIEVES!!!! (yeah these past few are from the queen of the damned cd, how typical huh?)
~Desaparecides
~Blind Melon
~Belle and Sebastian
~Squirrel Nut Zippers!
~The New Pornographers
~Mars Frederiksen and the Bastards
~Operation Ivy
~NoFX
~Osker
~The Cure
~Cursives
~Azure Ray
~Apples and Sterio
~Nirvana
~The Verve!!!
~The Mighty Mighty Bosstone
~The Velvet Underground
~H.I.M
~Bright Eyes
~Garbage
~The Used
~The Faint
~Pretty much anything Techno, Rock, and a few other types of music
Maybe more to come, but I think you get the idea. I like a lot of different kinds of music, depending on my mood..'

Sagittarians have a positive outlook on life, are full of enterprise, energy, versatility, adventurousness and eagerness to extend experience beyond the physically familiar. They enjoy travelling and exploration, the more so because their minds are constantly open to new dimensions of thought. They are basically ambitious and optimistic, and continue to be so even when their hopes are dashed. Their strongly idealistic natures can also suffer many disappointments without being affected. They are honorable, honest, trustworthy, truthful, generous and sincere, with a passion for justice. They are usually on the side of the underdog in society they will fight for any cause they believe to be just, and are prepared to be rebellious. They balance loyalty with independence.

As the ninth sign of the zodiac, Sagittarius represents the ninth stage in the evolution of man and his place in the universe. As Scorpio seeks to understand and control with emotional power, Sagittarius seeks to understand and control with knowledge. Most Sagittarians have an intellectual curiosity that covers a wide range of subjects. Never try to present Sagittarians with facts because they already have an unlimited supply which they gladly recite in rapid succession. They become bored and restless when surrounded by people or circumstances in which they have no interest. At such times, they find ways to disappear physically or mentally. They would rather learn things on their own through travel and experience than endure structured classroom environments and routine work assignments. However, given opportunities to broaden their knowledge and gain experience in the world on their own, they become excellent teachers and administrators in the very type of educational system they once found so restricting.

Sagittarians are ardent, sincere and straightforward in love, normally conventional and in control of their sexual natures. Yet if thwarted, they may easily allow their failure to embitter their whole lives or they may revenge themselves upon the opposite sex by becoming cynically promiscuous. They are more apt then the average to make an uncongenial alliance. If their marriages are successful, they will be faithful spouses and indulgent parents; but their innate restlessness will inspire them to use even the most satisfying menage as a base from which to set out on their travels. They need to fell free and are often faced with the choice of allowing their careers to take over their lives at the expense of the love of their spouse and family. Sagittarian women are the counterparts of their men; even if they have no career to rival their love, they find it difficult to express affection and may run the risk of being thought frigid.

Jupiter, planet of bountiful fortunes and good luck, rules Sagittarians. As a rule, most of them have generous natures and friendly, optimistic personalities. Natural politicians, they are interested in knowing everyone and in going everywhere. For the true Sagittarian personality, life is something to be enjoyed every day. Addicted to all the good things in life, they know how to get maximum enjoyment from them. Unfortunately too much of a good thing can be ruinous, and prudence is a difficult trait for most Sagittarians to acquire. The philosophy that "more is better" describes their tendency for overdoing, a tendency that can result in some negative situations. Being overly spiritual or too philosophical, for example, they get too far out of touch with the real world. Making overblown efforts to be prudent in one area, they can still manage to bankrupt themselves by overindulging in other areas. Their attempt to be prudent can get so far out of line, that they turn into a miser.

Sagittarians are enthusiastic sportsmen. They enjoy physically challenging endeavors of all kinds. Archery, jogging, hang gliding, sailing, and fishing (especially for big sport fish such as sword fish or blue marlin) are favorite activities. One of the biggest challenges to overcome may be the battle of the bulge when their fondness for great quantities of food and drink finally catches up with them. They are natural gamblers and risk-takers, and usually have the good fortune to come out on the winning side of wagers, especially when they try their luck at horse or dog racing. They love music, art, dance, and drama (theater) and many of them have considerable talent in these areas.

Sagittarians are straightforward and honest. Their frankness makes them easy to deal with because one doesn't have to spend time figuring out the hidden significance of unspoken clues or nuances. What they say is what you get. Sagittarians are among the most likeable people in the zodiac, being the fact that their positive and fun to be with. Impetuous, buoyant, charming, they hitch their wagon to the merry-go-round of life and ride it with insouciant elegance.

The Sagittarius pover begins to worry about what he or she will have to give up as soon as they fall in love. So they may put off making a commitment as long as possible. When they do settle down, they adjust well. They refuse to let the relationship get stale and always look for ways to bring excitement into the union.

The Sagittarius friend: They are the nicest friends in the zodiac. The Sagittarians are not a meet-for-coffee friend. They are doers and they make the best travel companions. Kind, openhearted, jovial, completely free of malice, they are always doing favors for others. Their way of helping doesn't put the recipient under heavy obligation. "No strings" is a guiding Sagittarians motto. They don't meddle in other people's plans, interfere with what they think best for themselves, and they are not possessive or jealous.

Sagittarian colors are maroon, tan, navy, orange, and cobalt blue. Vulnerable parts of the body are the thighs, hips, and, to some extent, the feet. Their physical complaints are apt to be the result of unrestricted diets or an overly indulgent pursuit of other pleasures. The ancients associated the ruby with Sagittarius, while modern astrologers gives this sign the turquoise. The Sagittarian's highly adaptable, somewhat dual-natured personality can easily associate itself with both gems. Because Sagittarius is associated with bigness in general, flowers for this sign include the large blooms such as huge mums, hydrangeas, dahlias, and peonies.

I found this to be kind of amusing.
The Dante's Inferno Test has banished you to the Seventh Level of Hell!
Here is how you matched up against all the levels:
LevelScore
Take the Dante's Divine Comedy Inferno Test 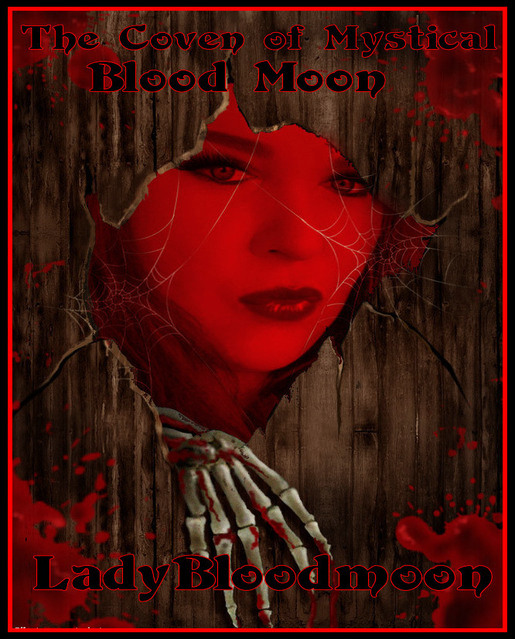 Accepting members for Mystical BloodMoon. If Interested Message Me.