I'm a submissive male looking for female vampires, goths, witches, succubi, to be friends with.

Recently, I got suspended two weeks for pissing off a premiere sire. Yeah, I made that bozo really angry. *laughs* :)
That was in mid-July and I also took a couple of weeks off from this site... what a hot summer! Now I’m back again, I think? Oh well… :)

I think he got all frustrated with me because the ONLY thing that is on my profile is that I say that I’m on VR to talk to women. For him to have come after me the way that he did could only mean that he’s gay (I may be wrong?)… because nothing pisses off a gay guy more than a straight guy that’s into women. And I know that from a fact because I’ve seen it in one of the places I worked! *shakes head in disgust*

He gave me a low rate, so I gave him a low rate. He dishonored me, so I dishonored him. This is the way I see it: He slapped me in the face; I slapped him back. He punched me in the nose; I punched him right back. Call it a guy-thing… lol. That’s it, that’s all. No harm done; water under the bridge.

But then he went and got all sissy on me – ‘dishonoring’ me 5 times in a row and suspending me for 2 weeks.
Seriously? Come on!

This is where I get off. I’m a man. I fight like a man – always have, always will. This sissy-type of fighting is NOT for me. No, the playing field is NOT level because he’s a premiere sire, but even if it were, I would not start retaliating back and forth exchanging low rates, negative honor points, on and on.

This “guy”, really likes drama. I, on the other hand, couldn’t give a horse’s ass about that kind of shit!

Which leads me to conclude with the following statement:

‘Whoever you are, and whatever your level here at VR is… whether Level 1, or Level 100+… if what you seek is drama and a sissy-type fight, then SEEK ELSEWHERE! This grown-up has better and more important things to do than indulge you in your infantile dysfunctional behavior that is in all likelihood indicative of serious childhood developmental issues.’

Okay, it seems that my one sentence in my profile has, in the 3 months that I've joined VR, led more than a few to ASSume that my intention for being here is to "date" women! *rolls eyes*

Some of you have rated me a 1, 2, or a 3... and some have added the stern admonition that this is "not a dating site!" *shakes head* Now, I'm not talking about those that rated me low for lack of content on my profile.... that's perfectly understandable, and I totally accept that.

How am I supposed to "date" a woman on here? Am I supposed to take a plane and travel to meet her where she lives? Are you for f@!#ing real!!! Come on, be serious, okay! Those that I've talked to in these past 3 months know that I've NEVER asked any one of them on a "date", or sex, or nudity, etc. I DO admit that it IS sometimes "kinky" with several women (very few), but ALWAYS respectful, consensual, and NEVER harassing to them. That's not what I'm about.

I'm curious about vampires, werewolves, witches... and yes, aroused by them (the female ones, that is)... and I tend to ask a lot of questions. If I find that a woman is arousing, or beautiful, I'll tell her... sometimes. But, this is NOT an invitation to "date". I hope this issue has now been resolved.

So, for those of you who still don't get it, may I please direct you once again to the first sentence of my UPDATE, with particular attention on the emphasis placed upon the word "ASSume", there's a message in there for you... but maybe I'll need another UPDATE to explain that to you, huh? *shrugs shoulders*

Oh wait, what's that... is this too much attitude... do I feel a bunch of fingers wagging in my direction, as if to say, "No, no can't say that! You're a submissive... remember?" 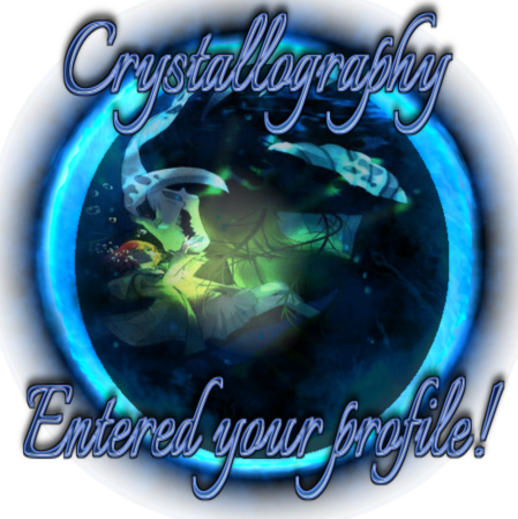