The Coven of Pirates


The coven of Pirates wishes you welcome. This page is a history of the Coven.
To start.

Some of you may remember our old crest. This was the very first crest used. If you dont remember it, you may remember the next one.
I think the Coven opened around September 2009. But im not too sure. It rings a bell. It was a time when Vampire Rave was busy. It was the great my own Coven. Now what do i do? Luckily, i had learnt alot from the Master of Nocturnal Felinity. Sadly is no longer on Vr. So i set up my forums and got into coding for the main page and other pages. After i had established the Pirates, i had a debt to Sire Lostxsouls(ade) the Master who had taught and encouraged me on. A great man. We formed an Alliance of friendship between the Covens. This was the birth of Axis of Honour.

Pictured here is a crest some of you may also know, It was the second Coven of Pirates crest. Along with two covens that are no longer standing. two that were considered close and loyal to one another. It is sad to know that they are gone for one of two reasons. Drama, and real life.
However before they fell by the wayside.
We had a good time. Members were active in all three coven forums, as you know, you can with an alliance. Members come and going and sorting petty drama out. It was a great time of Vr, it was a very different place. The Status level went to 28, That was Sire. Vr was fun.
A couple years went by, maybe 3 or 4 years, we all had a good run. I do believe it was Nocturnal Felinity that dropped first, Then Eternal darkness. after half a year, sadly, the Pirates dropped as well.
Times were changing and i didnt want the coven to go under, I told Morbidangels that one day i would step down as Master of the Pirates and hand the power over to her, She was an amazing Assistant Coven Mistress then as she is now. I trusted her, and she would make a great Coven mistress. We wanted to change the coven. It was time for a major overhaul of the coven. There was a little bit of activity and we wanted to keep it. Times were changing. I was chatting to the admin of the coven and we agreed a name change and a new coven crest. A new story of the Pirate. We finally had a ship. The Coven of Pirates was renamed to our ship.

We held on for a little longer. It was a good change. There was a slight increase in activity, a couple of new members here and there. Activity was good the forums were once again alive. Members were getting involved with helping the coven out, earning favor. gaining a few places in the favor table.
It was the decline of Vampire Rave. Members were getting sick of the drama that was being caused. It was escalating into something new, petty became personal, Bitter and hateful, towards the most respected members. The fad was fading. Fast.
Until, and writting this i have only just remembered. The inevitable happened. Morbidangels15 and myself, had a disagreement. The Coven lost all activity and we knew it was going under, it was a matter of time. Im not sure what or how we came to loose contact, but she left the coven. It was done. It ws just the master and a couple of inactive members. It had happened. The Pirates had died. I went down with the ship
As Cap'in i tried my best to gain active members, to gain anyone that was trustworthy enough not to kill a coven from the inside. All activity stopped. I got a little bored of months and months of nothing. The Whole of Vr seemed to fall out everyone at the same time. It got to the point that i could no long be on enough to run a coven, to look for new members, to deal with the drama. my real life was more important. I would check back every so often, so the coven closed. Until one day i forgot. 30 days had past and the Coven was closed. The Pirates were gone. A year or so went by with 0 activity from me on Vr i was offline. Until February 2015 when i decided to return. I reconnected with a friend on here that i have known for the time i have been here 9 years. We had the idea to reopen the coven. Thats what i did.
And here we are today. With the two original members. 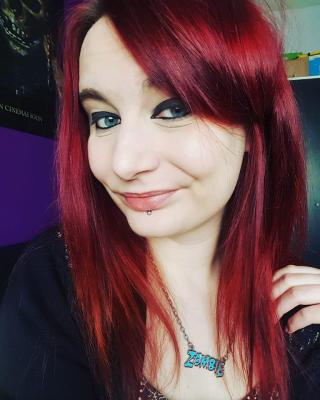 We aim to be one of the best covens of Vampire Rave and a well respected one. We have and always will look after our members, new or old.
as our main page states, we are a safe haven for members, we always have been and remain so until the day the coven closes.

We are back sailing the seas of Vampire Rave. So watch yourself.
You have been warned!

Proud Member of The House of Nocturnal Retribution!