Batman's secret identity is Bruce Wayne, a wealthy American industrialist who resides just outside of Gotham City. As a child, Bruce witnessed the murder of his parents, Thomas Wayne and Martha Wayne, which ultimately led him to craft the Batman persona and seek vengeance against criminals. Wayne averts suspicion by acting the part of a superficial playboy idly living off his family's fortune, which was amassed through investment in real estate before the city became a bustling metropolis, and the profits of Wayne Enterprises, his inherited conglomerate. Bruce Wayne resides just outside of Gotham City in Wayne Manor. He supports philanthropic causes through his nonprofit Wayne Foundation. 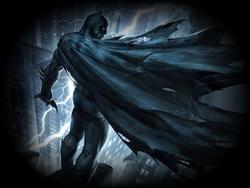 More widely known as a celebrity socialite. In public, he appears frequently in the company of high-status women, which encourages tabloid gossip. Although Bruce Wayne leads an active romantic life, crime-fighting accounts for most of his time.Writers of Batman and Superman stories have often compared and contrasted the two. Interpretations vary depending on the writer, the story, and the timing. Grant Morrisonotes that both heroes "believe in the same kind of things" despite the day/night contrast their heroic roles display. He notes an equally stark contrast in their real identities. Bruce Wayne and Clark Kent belong to different social classes: "Bruce has a butler, Clark has a boss." T. James Musler's book Unleashing the Superhero in Us All explores the extent to which Bruce Wayne's vast personal. 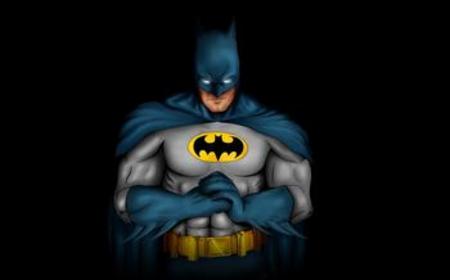 He just needs the suit and gadgets, the abilities, and most importantly the morality, the humanity. There's just a sense about him: 'they trust him... and they're never wrongDuring the character's creation, the name "Bruce Wayne" was chosen for certain connotations. According to co-creator Bill Finger, "Bruce Wayne's first name came from Robert Bruce, the Scottish patriot. Wayne, being a playboy, was a man of gentry. I searched for a name that would suggest colonialism. I tried Adams, Hancock...then I thought of Mad Anthony Wayne.Batman's primary character traits can be summarized as "wealth; physical prowess 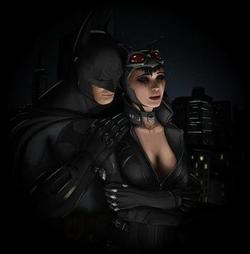 Wealth is important in his life story, and the crucial role it plays in his crusade against crime.Modern stories tend to portray the extravagant, playboy image of Bruce Wayne as a facade (in counterpoint to the post-Crisis Superman, whose Clark Kent persona is the true identity, while the Superman persona is the facade). In Batman Unmasked, a television documentary about the psychology of the character, behavioral scientist Benjamin Karney notes that Batman's personality is driven by Bruce Wayne's inherent humanity; that "Batman, for all its benefits and for all of the time Bruce Wayne devotes to it, is ultimately a tool for Bruce Wayne's efforts to make the world better".Will Brooker notes in his book Batman Unmasked that "the confirmation of the Batman's identity lies with the young audience...he doesn't have to be Bruce Wayne. 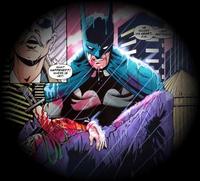 Deductive abilities and obsession". The details and tone of Batman comic books have varied over the years due to different creative teams. Dennis O'Neil noted that character consistency was not a major concern during early editorial regimes: "Julie Schwartz did a Batman in Batman and Detective and Murray Boltinoff did a Batman in the Brave and the Bold and apart from the costume they bore very little resemblance to each other. Julie and Murray did not want to coordinate their efforts, nor were they asked to do so. Continuity was not important in those days The driving force behind Bruce Wayne's character is his parents' murder and the absence of the father. Bob Kane and Bill Finger discussed Batman's background and decided that "there's nothing more traumatic than having your parents murdered before your eyes".