Dr. Harleen Frances Quinzel, also known as Harley Quinn (a pun on the word "harlequin"), first appeared in the Batman: The Animated Series episode "Joker's Favor", where she served as a humorous female sidekick to the Joker. In her first appearances she was depicted as a character completely devoted to the Joker, totally oblivious to his psychotic nature and obvious lack of affection for her; this characterization has remained more or less consistent throughout her subsequent appearances..The origin of the character was recounted in a 1994 graphic novel The Batman Adventures: Mad Love. Told in the style and continuity of Batman: The Animated Series and written and drawn by Paul Dini and Bruce Timm (two of the producers of the animated series and Harley's creators), the comic book reveals Harley's origins as an Arkham Asylum psychiatrist who falls in love with the Joker. The story was widely praised and won the Eisner and Harvey Awards for Best Single Issue Comic of the YearThe Mad Love story was originally thought too violent for the animated series, but was eventually used in the New Batman Adventures episode "Mad Love" in 1999. This made it the first "animation-style" comic book to be adapted for the series, a practice that would be continued for the episode "Holiday Knights". 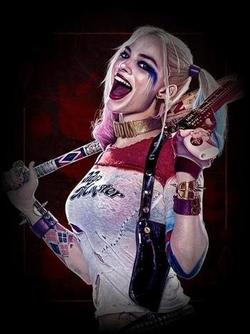 Dr. Harleen Quinzel was a psychiatric intern at Arkham Asylum. A model student, in addition to receiving high grades in college, she was also a dedicated gymnast, winning a scholarship to Gotham City University. While researching the lunatics at Arkham, she became fascinated with one particular inmate. Ambitiously volunteering to analyze him, shepleaded with the doctors at Arkham for three months before she could treat him. After he gained her sympathy during their sessions, he seduced her, causing her to fall madly in love with him. After helping him escape from the asylum more than once, Harleen was suspected by the authorities, who revoked her license and placed her in her own cell. During an earthquake in Gotham City, she fled and became Harley Quinn, the sidekick of the Clown Prince of Crime himself. 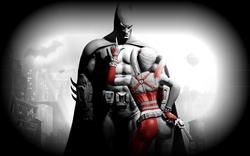 Quinn's relationship with the Joker is one of the most complex and twisted love affairs in comics: as with all people, the Joker is abusive and manipulative towards Harley, but, just as often, there's evidence of camaraderie, playfulness, and genuine affection towards her. The Joker would only use Harley for intense sexual intercourse and her body. She's the only person who's managed to become intimate on such a long term basis with the Joker, who, in turn, displays occasional moments of confusion and discomfort which results in attempts to kill her.One time, when the Joker realized he had very deeply hidden feelings of love, he sent Harley off in a rocket.She crash landed in Robinson Park in the center of Gotham and was found by Poison Ivy. When Harley regained consciousness, Ivy initially planned to kill her. The prospect of her own death totally fails to move Harley, and Ivy is curious as to why. She convinces Harley to tell her story, and soon feels a kinship to her. Considering her another castoff, Ivy offers to help Harley take her revenge on both Batman and the Joker. Ivy took her back to her lair in a toxic waste dump and nursed her back to health. This included injecting Harley with a serum that Ivy had developed which has given Harley immunity to various assorted toxins and Ivy's own poisonous touch and also dramatically enhances Harley's strength and speed. Ivy intends to give her new friend an edge on Batman and the Joker. Quinn and Ivy teamed up and conducted a number of successful capers. Hot-blooded Harley, however, is angrier at the Joker than at Batman, and even initially works with the Dark Knight to help bring down 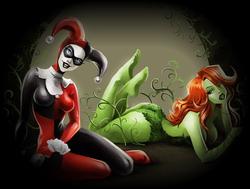 The Clown Prince of Crime.303048-153803-harley-quinnHarley and Ivy,While Batman eliminates the villain's muscle, Quinn chases the Joker up a damaged building, intending to send him falling to his death. Before she can do so, however, the Joker apologizes. Falling in love with him again, she forgives him on the spot, and serves as his lieutenant throughout the rest of No Man's Land, as well as the Emperor Joker storyline. After this, Ivy dissolved the partnership in disgust. Ivy remains, however, her usual first point of call when she and The Joker are going through a rough patch. Ivy adopted the role of older sister and teller of harsh truths to Quinn about her helpless infatuation with The Joker. She frequently refers to the Joker as "Puddin" and "Mr. J." and she refers to Poison Ivy as "Red" (a reference to her red hair).