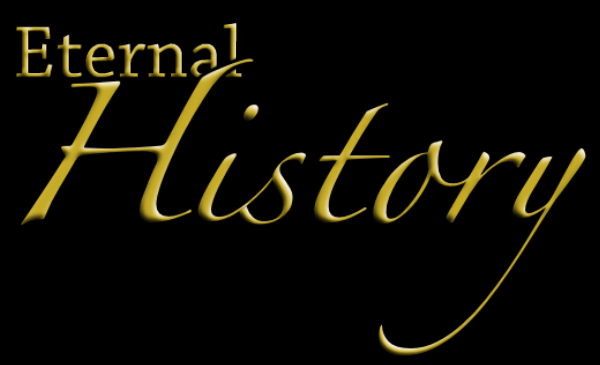 House Eternal was born with Jamie in charge on December 09, 2005 and by Feb 2006 had 138 members - Vampire Rave had only 11 societies and eternal ranked 6th - its mascot was a real hamster

The original House Crest was Jamie's own work, but was shortly replaced by a crest created by Yendor

On May 29, 2006 Imagesinwords had become the Master Vampire in charge, by then House Eternal had just 56 members having shared its membership between 16 societies that had grown inside Vampire Rave, House eternal stood 4th in the rankings.

A new crest was developed and donated to House Eternal by JLyons, it represented a celtic ring

The mascot became a hamster totum made by becomethesea inspired by Pacific Northwest Native art.

Society masters were now able to 'mark' their members and imagesinwords adopted a fleur-de-lis.

The House had stated aims:

"This House of the Vampire Rave Society system has a focus of KNOWLEDGE- be it history, art, music, writing/literature, spiritualities, learning to laugh our asses off- more. Our main goal lies in the fulfilment of our members"

with imagesinwords adding "Many Vampire Rave Societies advertise 'no drama allowed'... I say, drama is imminent with many varied personalities- It is how you choose to deal with that and grow. Frustration and anger is not a sin, it's how you act on it"

By August 2006 a new crest was submitted by MrD - a ring representing 'Eternal'- Below the ring: Audi et alteram partum "let us hear the other side"

By February 2007 - MrD's crest was given a facelift by DeadPhara (later known as TBone) - and a greater description added:

'this ring is a snake eating it's tail (Ouroboros). Ouroboros most generally symbolizes ideas of cyclicality, primordial unity, or the vicious circle. This is an ancient symbol used to represent many things over time. Below the ring: Audi et alteram partum "let us hear the other side"- That works in different ways... rather we are speaking of different points of view- or even in a supernatural sense.'

By March 2007 the number of societies inside Vampire Rave had grown to 25 in number and house Eternal was 3rd in the overall standings. It had 85 members.

By October 2007 House Eternal had opened a Juke Box style requested music box to its main page. There were, by now, 46 societies and House Eternal stood 4th in the overall standings and had 79 members.

On October 3rd 2008 imagesinwords was promoted to Regent and House Eternal got a new master - sahahria. Sahahria led the House for just over 7 years, but she was a member of the House since they were implemented to the site. The House will forever be connected to her, eternal.

On November 9, 2015- Sahahria passed away from ovarian cancer. It was her wish that imagesinwords come back to the House as Master- because she didn't want anyone else coming in and changing the aura of the VR home we know. At this time, her profile will be in the hands of imagesinwords, with a name change as CrackInTheWall. We will *never* forget Sahahria, our Doe.

Many pages that have gone dormant (due to Sahahria's illness, immigration issues while she lived in Canada, and business ventures) have since been deleted- their curators had even since moved on to other societies at the time of their deletion. We will create anew :)

On December 8, 2015 - Images requested that NeverMind work on a new representation graphic for the house. The following image was what he created, and was in use until the following day when he created a new image to use in its place.

On December 9, 2015 - The House rep was once again changed to a different image created by NeverMind. That image of a hamster is the House's current Rep.