Blue Moon and a shot of Fireball.

I've been on a pre workout mix called Outlift for about two weeks now. I am happy with the results , so far. I'm going to order online this time and save a little money, as well as order a different flavor I think.

Going to watch Netflix with my 80# , half pit. I'm selecting The Shining.

I also think that a microwave is next on the agenda. I sure could use some popcorn. :) And so could she.

Boiled egg, supplements, coffee and to the gym. Working 3-10 today

It's just a day and anyone should be able to make it through a day - Samurai Maxim, paraphrased

Working 7-3 today. Currently 28 going to mid 50s today. Rainy over the weekend or so it's forecast.

I may wash my car after I workout this afternoon, that will surely bring the rain. :)

Well I was offered the job. However, I voiced my concerns about it being the 11pm - 7am shift.

They gave me until Monday to consider it.

I'm glad I took some advice and tucked the shirt in.

I have an interview at 2. An interview I waited over 3 weeks for. In light of what is going through my head I wish I didn't have it.

Those fuckers passing around a baby dolphin until it died. Then they left it in the sand.............

I'm laying here on the couch with my 80# half pitbull in my lap. We are watching Black Hawk Down on Netflix. She seems to be enjoying it. :) or perhaps she likes the space heater pointing towards us. :)

Who wouldnt love to snuggle and cook their bones?????LOL 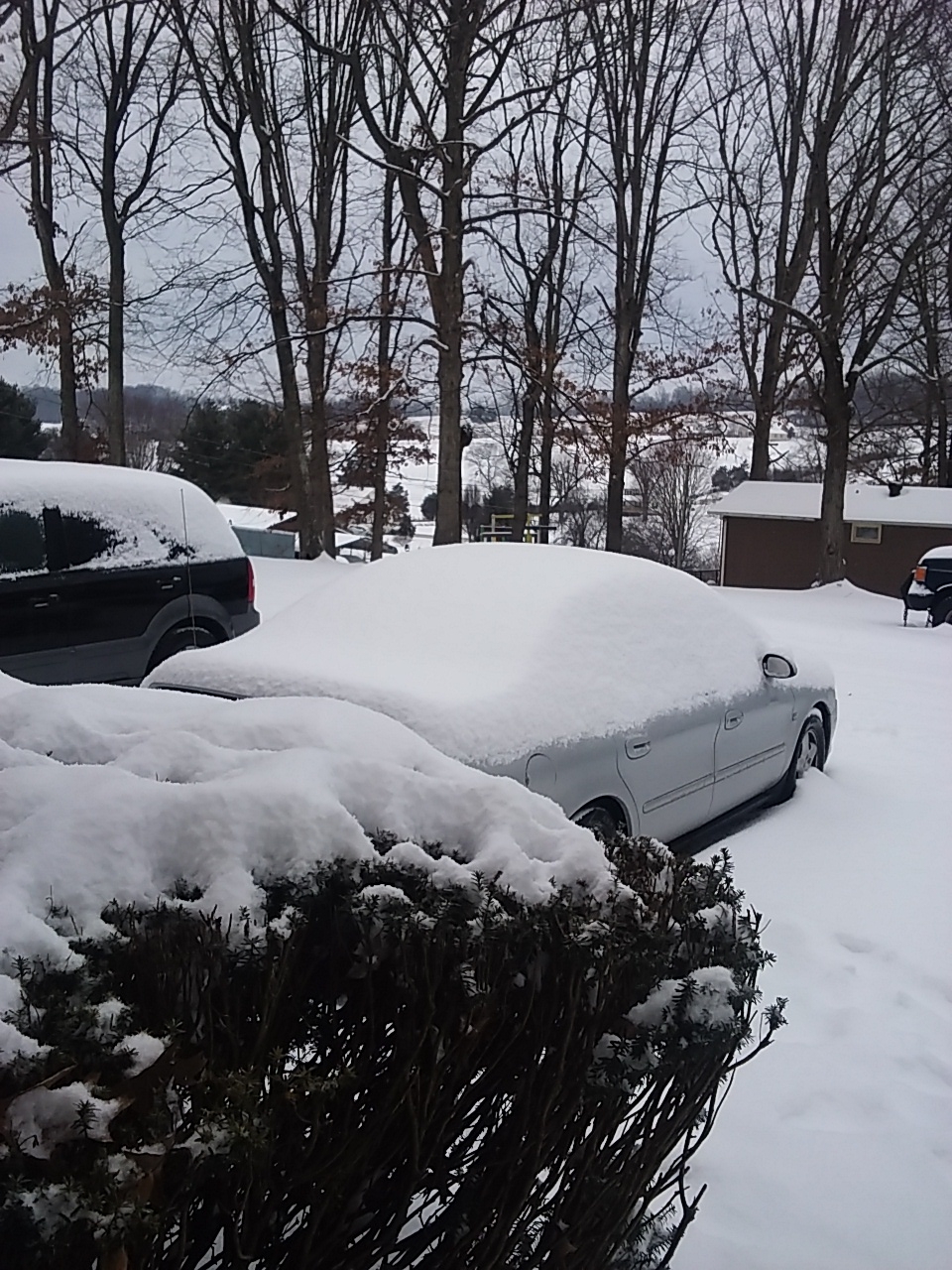 Well, I'm glad that I arranged to have today off. :)

The snow is coming down . I was out standing in it earlier. I'm sure the neighbors think I'm a little nuts.

Snowed most of the day here. 18 degrees at the moment. :)

I've been using a new pre workout mix called Outlft. It's my third day on it. So far I like it. I will see how the next couple of months go.

A number of things make me smile lately.... a face, 15 degree weather, snow.... and hearing others bitch about the snow. :)

I will admit, I take a couple of breaths before I start down the hill. :)

Seems a body was found in a car parked in a Walmart parking lot. Apparently the car had been there for several months before any employee took a closer look.

Give her a little cat nip and she wants more. :)

So I went to the local DMV today, for the registration and D.L. and it was painless. :)

I had obtained new auto insurance last Wednesday and I'm paying less than I was before.

I hope I remember the trash bags and cat nip after work today. My cat has meowed since I awoke at 5. However, she is slowing down.. I mean she has been fed, watered, petted, litter box cleaned and it continued up until a few minutes ago.

Well, it was milk and chocolate chip cookies tonight.

D: that sounds better then what my husband has: peanut butter oreos. I love er chocolate chip cookies, especially if they are fresh. YUM YUM 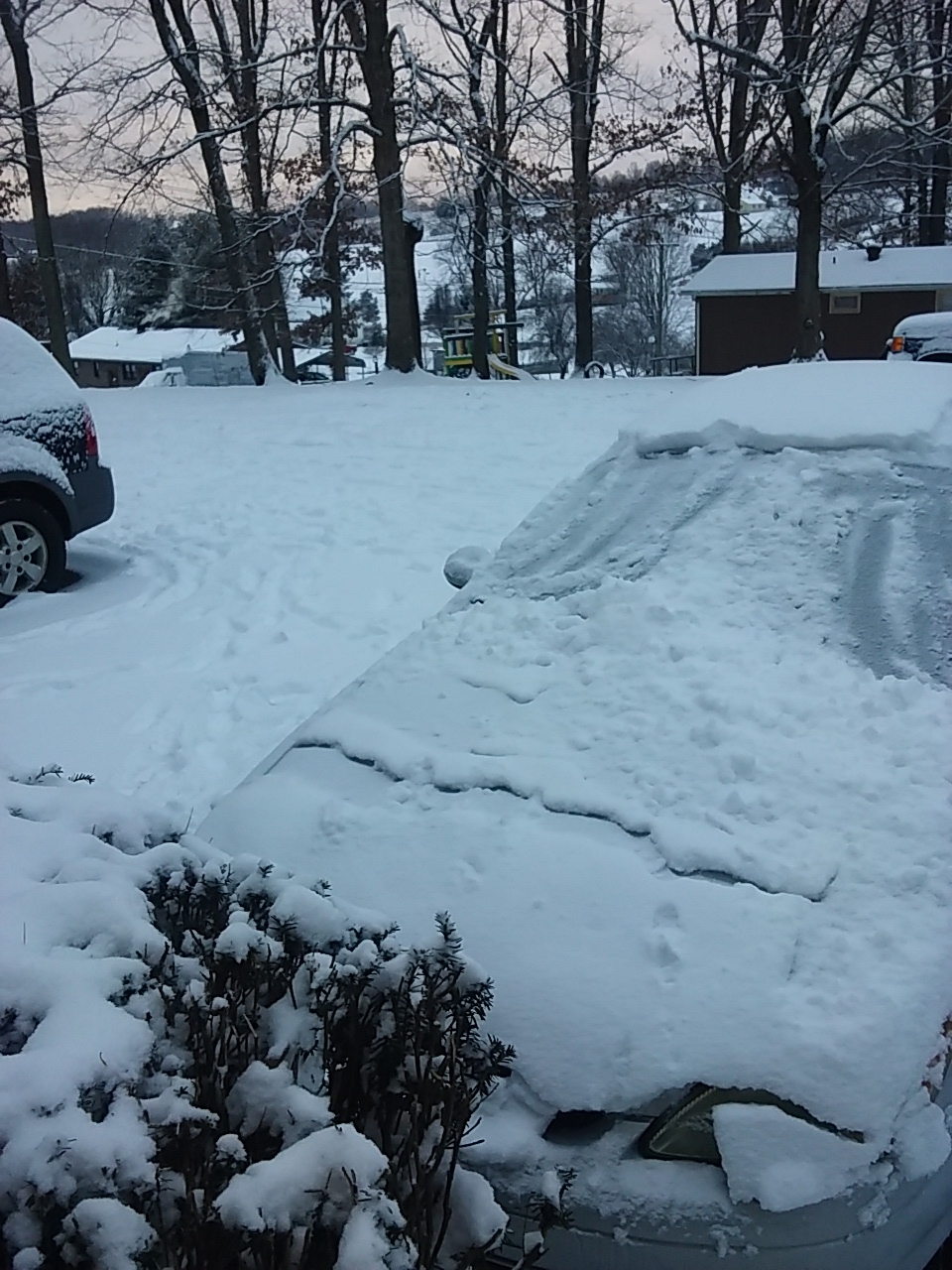 What do you mean the groundhog died?

Someone was telling me how they remember reading that in Pennsylvania, on groundhogs day, they took the 'hog out to see its shadow and the idiots didn't realize it had died hours ago lol.

Drizzling today. Did the chest and arm workout after work. Left the gym and as I drove home I noticed the low lying fog along the highway named for The General of the Confederacy. It looked nice.