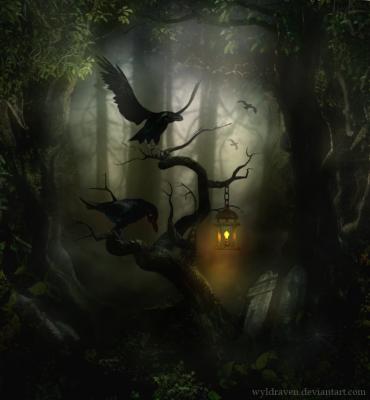 A Letter For My Precious Son

Now I am posting this here for all to see. It has nothing to do with me, but I find this to be complete and utter B.S. I am going to post a link, for a petition to get the case reopened.. if you can find it to sign I would thank you. This happened in my hometown and that alone bothers me.

The link to the petition is...

This breaks my heart. I am a mother of a child in elementary school but I cannot imagine what I would do if something like that was happening to my son. Especially with everything I have done throughout his life to prevent anything like that from happening to him.

I also work for a lawyer and I know there are scumbag attorneys who will actually take the money from people who hurt children like this and represent them. What gets me is they actually manage to build a case for their innocence!!!!!! OUTRAGE!!!!

I have signed. This breaks my heart.

Thanks V, and I agree VF.. I think I would be in jail on my way to prison for killing the person that did it to my kid.

im so sorry you and your son have to go through this.

im going to sing it right away.

Oh, this is not my son. This is just an incident that happened in the town I am from. I am just trying to get it spread around so that the parents can see justice done.

thats a really nice thing to do.

I have signed it :) I hope yall find peace and this helps...

:( the thought of my son or daughter ever goin thru that breaks my heart.

It's the loneliest feeling in the world - to find yourself standing up when everyone else is sitting down. To have everybody look at you and say "what's the matter with him?" I know what it feels like. Walking down an empty street, listening to the sound of your own footsteps. Shutters closed, blinds drawn, doors locked against you. And you aren't sure whether you're walking toward something, or if you're just walking away.

Only a few times in your life, I truly believe, you find someone who can completely turn your world around. You tell them things that you’ve never shared with another soul and they absorb everything you say and actually want to hear more. You share hopes for the future, dreams that will never come true, goals that were never achieved and the many disappointments life has thrown at you. When something wonderful happens, you can’t wait to tell them about it, knowing they will share in your excitement. They are not embarrassed to cry with you when you are hurting or laugh with you when you make a fool of yourself. Rarely do they hurt your feelings or make you feel like you are not good enough, but also they build you up and show you the things about yourself that make you special and even beautiful. There is never any pressure, jealousy or competition but only a quiet calmness when they are around. You can be yourself and not worry about what they will think of you because they love you for who you are. The things that seem insignificant to most people such as a note, song or walk become invaluable treasures kept safe in your heart to cherish forever. Memories of your childhood come back and are so clear and vivid it’s like being young again. Colours seem brighter and more brilliant. Laughter seems part of daily life where before it was infrequent or didn’t exist at all. A phone call or two during the day helps to get you through a long day’s work and always brings a smile to your face. In their presence, there’s no need for continuous conversation, but you find you’re quite content in just having them nearby. Things that never interested you before become fascinating because you know they are important to this person who is so special to you. You think of this person on every occasion and in everything you do. Simple things bring them to mind like a pale blue sky, gentle wind or even a storm cloud on the horizon. You open your heart knowing that there’s a chance it may be broken one day and in opening your heart, you experience a love and joy that you never dreamed possible. You find that being vulnerable is the only way to allow your heart to feel true pleasure that’s so real it scares you. You find strength in knowing you have a true friend who will remain loyal to the end. Life seems completely different, exciting and worthwhile. Your only hope and security is in knowing that they are a part of your life.

To my best friend:

I will cancel plans in a second for you (even if it’s a date with with the one!)

I would rather hold you while you cry, than be partying with anyone (YES ANYONE)

If someone breaks your heart, I’ll break their face (with pleasure)

I’ll make sure you KNOW you ARE the best thing in the world (once you become conceited this deal is off!)

If you ever need someone to pick you up I AM THERE,

I will promise to never leave till you want me too, and my arms will still be waiting for you when you want me back (but then again who would ever want ME to leave!)

I promise all this because I know I will never find another person like you, SO WHY TRY!

*A real friend is one who walks in when the rest of the world walk out.

*A best friend shares the good times and help you out by listening during the bad times.

*Best friend is someone who knows all about you and loves you anyway.

*A true friend is someone you can disagree with and still remain friends.If not, they weren’t true friends in the first place.

*True friends are very difficult to find, hard to leave, and impossible to forget.

*When you look around and your world is crumbling or when you think no one loves you, your best friend is the one to run to you.

*“You’ll always be my best friend…You know too much.”

*~if you are afraid to look ahead and scared to look back, if you look to your side……your best friend will always be there!

*Many people will walk in and out of your life, but only true friends will leave footprints in your heart

*When it hurts to look back, and you're scared to look ahead, you can look beside you and your best friend will be there.

--love to make her weak

--alcohol to make her strong

-- best friend when both things make her hit the floor

*A bestfriend is someone you can be alone with and have nothing to do and not be able to think of anything to say and be comfortable in the silence.