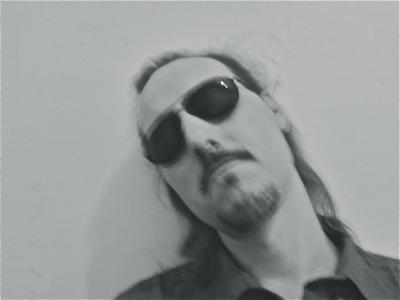 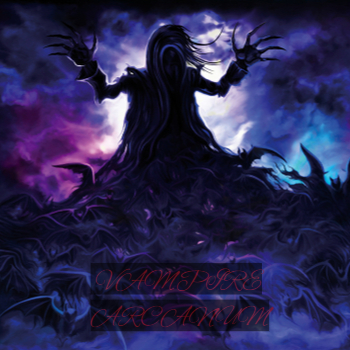 I don't have much experience with all the pagan god's and goddesses but do have it in spades when it comes to patriarchal religions. So it is there is power there having that time enslaved to the lie. Do such beings exist? They have a subjective existence on the astral plane but when it comes to reality no they are just creations of the psyche. Now with the amount of blood sacrifices made in the name of certain ones you have the power manifested or grounded in some of the most popular of them. One must truly pass the veil of death to see past that charade. As a magician I do use systems in place by others when dealing with such so it is I use in society though know they aren't anything but conjured ideas built up by others in the days of yore.

There is a aspect of ourselves that is eternal as well as mortal. Most don't see the the eternal as it requires one to have experience with things that are usually beyond their scope. But there are ways to train the mind in a microevolution that occult lodges utilize or any arcane circle in many traditions. Within the realm of the vampire occult movement is the same. So yes indeed one can be "turned". One can have their eternal nature made manifest through blood rites like biting. It's usually not a good idea to awaken one before they're ready though as it's like spoiling it in them. They would be like the kid that feasts on all the Halloween candy that gets the sugar buzz and upset stomach but that's it. So you need to have those cross your path that are ready to truly appreciate it. So many are here on this site to reap the benefits but I really don't see many willing to do what it takes to be a sire for real.

Siring someone is a responsibility from my vantage and a life long commitment. There is no walking away from it. If you jumped the gun for whatever your reasons then you are the one that has to bear the burden of responsibility. You can't take away deflowering a virgin. At best someone else has to pick up where you failed in such a case but then it's not a matter of a legacy being passed on but the creation of a priestess/priest in a universal capacity.

The power of the internet from my vantage is it's multiplatform capacity and the ability to reach so far with many languages. As a hunter I'll be using it primarily in this capacity in tandem with my magick. It seems I've been taught from my sources completely differently than others on this site. I wonder what's up with that. I know we are all unique but damn. This shit is downright ridiculous. Then of course others will hop on that band wagon when they see it. Bunch of fucking sheep that can't wipe their ass right unless they see someone else doing it.

This song really has depth to me. I'd take a close look at the lyrics if you have the time. My vantage of eternity coupled with omnipresence which is a state of mind empowered by occult elemental influences to give them relativity to a mortal mind in a single body is that everyone is unified with the same spirit so by taking from them you are taking from yourself thus suicide vampire. I think some are still caught up in anthropomorphizing things into the human ego to identify with them like in creating gods and goddesses to grasp divine concepts. But that's not correct in the larger scope of the cosmos. From my occult teacher which is an Elemental of the wise with strong Earth attunement I am taught to build ideas through the elemental realm then to the ego to define them. It's like in chemistry where you manipulate through the elements to build correct understanding of it. Then also you need a stable mind able to interpret things correctly. I recall Aleister Crowley mentioning this in his book: Magick in Theory and Practice. If a person is bound by insecurities which I see a lot around me on this site then you have all the abuse of power. So many have their understanding of things with their results and think they're the shit. Oh young sith padawans you have much to learn. lol

I suppose you are in such a hurry because of the competitive nature of society to prove yourself first and get attention. It has it's place as a dynamic for quick results but then you need to go back and rebuild something else because it has a short lifespan where in eternal concepts you need something that generates on a more permanent basis with the proper mind capable of handling them and that is no easy task. I've been at this a long time so I don't need to hurry. My concept of the vampire has some depth you can't fathom in a book you learn from. You'll have to come to me eventually if you want the good stuff. So get ready to assume the position. You know the one right? Well let me tell you just in case there's doubt. It's on your knees with your mouth open and tongue out ready to receive communion. It's no wafer you'll be getting. Don't worry it's an acquired taste. You'll grow to love it in time and even miss it when I'm gone. Think about that when you squandered so much of my time with your bullshit. There is no escape as I'm a unique being my short lifespan makes what I have priceless. It's not that eternal aspect but the mortal flesh that empowers that principle. Now if you're of a different variety as I can be quite univerals in my understanding of the cosmos as I think on multidimensional levels like numbering systems. So if the humbling of your pride is too much too get on your knees then you can offer your neck up to me. But I don't enter covenants of blood until I know someone will appreciate my treasure hoard i.e. the Dragon's Hoard to receive my bite. I am nosferatu so I can feed from any source. That's where there's a parallel with magick as it all works on principle of sacrifice. I just don't get these childlike mentalities of if it harm none. Grow the fuck up and realize what you're doing then you'll have the proper respect for the sacrifices rather than living with your rose colored glasses on and not seeing all that you are doing in ignorance. You can also spread your legs if you are a fertile female that bleeds I really like this one above all the rest because it just seems so right but timing is important to this lunar cycle. But then we have my little hobby to which is going to be a job as I like to craft custom jewelry as a silver smith and do my own piercing. That requires monetary sacrifice or service to that effect and of course I have to do it myself so I can have a taste you see? No mail order for me. I would like to do some art on clothing but I'm not ready to become a marketer like for Amazon that has that ability to customize an image and script. The Prince quit selling merch with the V.R. logo but you can have them do it. Maybe if a market is generated for that he will use them as much as he does in the Data Base. I tried to buy V.R. but it just wasn't for sale in Amazon so that buy link doesn't seem to work universally. Perhaps after I work on referrals the proper way as a proper vampire this will change. Now if none of this comes to fruition then I'll be receiving things in another life and then things will be quite different. That is a very scary thing owing another in another life just like some of you know now when you take from others and have to pay your bill. That's when you so called vampires devolve and have to go through those hard times again. Either way I'll be getting what's coming to me. They say in a good compromise no one leaves happy. This is so true but still that depends on that persons ego too. Some of us are much more wealthy then others.

Ah religion is so good at creating demons. No they aren't angels fallen from heaven to me but the result of repression. But religions are just reflections of nature amplified through the human ego. It's hard to see but so true. In a way we have to indulge it because it's relative to what we identify ourselves with in experiences shaped by others in this fucked up modern society. I suppose to get from point a to b you have to grow through this shit. So it's a necessary evil till then. Also part of the paradigm of the cosmos that goes through different stages in linear time.