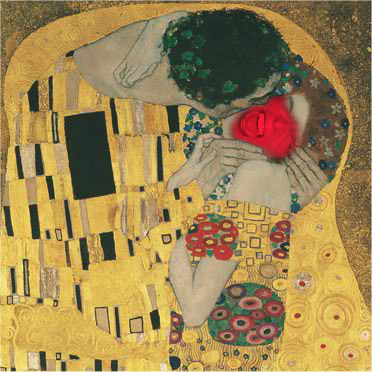 I’m not sure how old Mrs. Frye was when we met. She was married, and had an incredible number of children, six, I think. They were old enough for her to leave them at home so she could do graduate work in anthropology. That made her pretty old in my twenty year old mind — at least forty. Maybe even fifty, my mother’s age. Wiry and tan, Mrs. Frye wore her dark hair cut in a practical Buster Brown. I don’t think she used make-up. She looked like she’d been to plenty of P.T.A. meetings, maybe even been the President of the P.T.A.

I’d moved into this place near campus that boasted dormitory style apartment living. You had a private apartment, but there was also a cafeteria downstairs. I didn’t know how to cook, so for me it was an oasis of culinary delight. I was to learn that for Mrs. Frye, it was a sexual smorgasbord.

I first noticed her at the pool talking to a plump redhead in a pink bikini. She talked and the girl listened. They sat on the coping, dangling their feet in the water. I wasn’t the only one

watching them. A group of guys around my age sat together, sneaking peeks and snickering.

The girl pulled her knees up to her chest and crossed her arms around them protectively. She lowered her head, and without actually moving, withdrew from Mrs. Frye. I could tell that she was uncomfortable, but too polite to get up and leave. She sat there — cringing. Mrs. Frye continued unaware, laughing and gesturing. The girl lifted her worried eyes to mine at one point.

“Watch out!” they seemed to say. Mrs. Frye followed her stare, and smiled open-mouthed, her teeth glinting in the sunlight. She waved at me. I lifted my hand, ignoring the masculine snorts off to my right.

I became her best friend after that. She’d set her tray across from mine in the cafeteria and regale me with stories of her life. Her husband was a nuclear physicist, and I got the impression that when she wasn’t busy having kids, she had a lot of time on her hands. She’d had many affairs, and her husband knew about them. They shared everything. She made Los Alamos, home of the Manhattan Project and the A-bomb, sound like a swinger’s paradise. Talk about afterglow.

One day, Vinkesh, my friend from India, and I sat in the noisy cafeteria, which was filled to capacity. He shifted his eyes to Mrs. Frye sitting across from the redhead a few tables over. He said. “She is aberrant, that one.” The redhead no longer cringed in her presence, but didn’t look particularly happy, either. They were deep in conversation, and at one point Mrs. Frye reached across the table and squeezed the girl’s hand.

Vinkesh nodded. “As many of the men here can attest to, but, my friend, I caution you.” He shook his forefinger at me, and then shrugged. “Well, you’ll find out if you’re not careful.”

I laughed, glanced at Mrs. Frye, and once again thought of my mother.

In addition to the usual childhood warnings about not taking candy from strangers, Mom had a certain paranoia regarding public bathrooms, especially those in movie theaters.

“Watch out for the queers,” she’d say. She never gave an exact description of who or what I was to avoid, so in one of those twists every parent dreads, she aroused my curiosity instead of creating fear. In those bathrooms, I searched each child and adult face for the telltale mark or nervous twitch that would reveal the female demon my mother feared. In return, adults asked me if I was lost and children thought I was creepy. Like a diligent bird-watcher in pursuit of a rare species, I was on the constant lookout for this exotic breed, but never managed to spot one. Mom, on the other hand, was eagle-eyed.

One summer, she helped me move out of the dorm and into an apartment with a girl I’d met on campus. Several women helped my roommate move her stuff in, and one of them winked at Mom.

“I don’t think you should live here,” my mother said. She lowered her voice. “I think

“Really?” I looked the women over, trying to see what Mom saw. She frowned, pressing her lips into a tight line. I rushed to reassure her. “Even if they are, it doesn’t mean I’ll become a lesbian,” I said. She didn’t look convinced. “Even if they held me down and forced me to do stuff doesn’t mean I’d turn into a lesbian.”

Mrs. Frye continued to seek me out, her sexual peccadillos the usual topic of conversation. For Mrs. Frye sexual pleasure was the cultural collateral, the pinnacle of her artistic and intellectual expression. An American college campus was the perfect site to practice her obsession.

So, I was not surprised when she flopped down across from me in the community lounge late one night. In her usual ebullient mood, she wore a short dress, or it might have been a long shirt — I couldn’t decide which. She’d created a fashion dilemma in my mind, not made any the easier because she kept crossing and uncrossing her legs so that the whole outfit rode up, raising the new question of whether she wore underwear. I wondered if she was trying to seduce me. I’m not an idiot — I’d seen The Graduate. So what if I wasn’t a guy, she’d already done all the guys. And so what if she wasn’t Mrs. Robinson, with her fancy bras and martinis. She was a horny old broad, and I was . . . well, I was curious.

It occurred to me that she hadn’t come looking for me in the lounge — she’d been restless and decided to troll the night waters. I just happened to be there. I laughed at her jokes, and pondered her innuendoes, and didn’t volunteer too much information about myself. After a while, I said goodnight, and returned to my apartment.

Just as I got out of the shower someone knocked at my door. I put on a robe, and looked through the peephole. Mrs. Frye smiled and held up a bottle of champagne. Taking a deep breath, I opened the door, and welcomed her in with a sweep of my arm. “What are we celebrating?” She said — nothing. “I’ll get some glasses.” I moved toward my tiny kitchen, but Mrs. Frye blocked my path.

I hadn’t realized before that she was shorter than me. She looked up at me with melting P.T.A. eyes and slid cold hands inside my robe. I shuddered and took a step back, but didn’t stop her when she filled the space again, and opened my robe further. She dropped her eyes to my body and grazed her fingertips lightly across my breasts and down my stomach.

“So tight,” she murmured. She laid her cheek against my chest and floated down to her knees.

I did not resist her tongue. I stood there in my living room looking down at her helmet of shiny black hair moving with the thrust of her tongue and head. She slipped a finger into me without losing the cadence of tongue — head — hair, and I came immediately, reaching out to the wall to steady myself. She remained kneeling and smiled up at me, the skin around her mouth glistening, minimizing the wrinkles there.

We moved to my bed. Now, my turn, I just couldn’t bring myself to return the favor. Mrs. Frye wasn’t a good kisser. Her clitoris impressed me, though. It was huge, and I rotated it with my hand like a tiller on a sailboat, hoping for the best. Finally, much to my relief, she gave up on me, and left.

I avoided her after that, but toward the end of the term, I ran up the stairs and almost crashed into her and her husband. They stood on the steps above me, holding hands while she introduced us. She looked sad, disappointed, not her usual effervescent self. That she’d told him about me was obvious. Her husband’s eyes roved up and down my body . . . speculative, but his sympathies were with his wife. I’d displeased her, but I was probably not the only one. Poor thing. Poor Mrs. Frye. All that youth around her and no talent whatsoever.

At lunch that day, I set my tray across from the redhead, and held my hand out to her. “Hi, I’m Alexis.” Face-to-face, she was pretty, not so much plump as zaftig.

She put down her fork, and slipped her hand into mine. “Carly.” Her green eyes swept the room. “Where’s Paula?”

I blinked. — And then, made the connection. “Oh, you mean Mrs. Frye? She left this morning with her husband.” Carly smiled, one side of her mouth higher than the other.

“I guess we have her in common,” she said. “Did she tell you that I’m a lesbian?”

The person my mother had warned me about sat across from me and lowered her eyes innocently to her salad. Her eyelashes were incredibly long. When I didn’t answer she looked up, and said, “I told her I wasn’t interested in married women. Next thing I know she’s following you around.”

She laughed, and shook her head. “It’s not a secret, Alexis. You can say it out loud.” She leaned back in her chair. “Say it. Say les-bi-an.” Her full lips wrapped around each syllable.

“Lesbian, all right? Lesbian, lesbian, lesbian!” I always face a challenge head-on. “Look, it was a lark for me. Well, not exactly a lark. I’ve always wanted to do it, but I couldn’t really get into it, you know, because she reminds me of my mother, so it was more her than me, and I think she wasn’t happy, and anyway she’s married, and maybe with someone my own age it would be different.” I stopped, and felt the heat rise up to my cheeks.

A slow smile spread across Carly’s face. “Maybe,” she said gently. “Maybe it would be different.” We held each other’s eyes, hers crinkling with laughter. “Mrs. Frye,” she said, shaking her head. “That’s what you called her?”