I'm no longer actively playing VR. I won't update my profile, so don't bother coming back. Most of you are a bunch of fakers anyway. The only thing I like about this site are the few actual true friends I found here, the rest of you can go indulge in your party of drama, hatred, envy, and fakeness. Too many dramaqueens (and -kings) on here, too many people feeling the need to always sound and look better and smarter than others. You guys are all just one big joke. 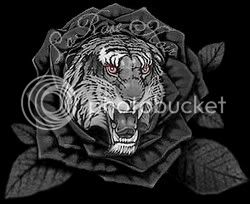 More of my artwork is in my Portfolio :)

A few of my favourite icons :)

Well alright, two quizzes. And that's all the quizzes I'll ever put on here. =)

What type of vampire are you?
brought to you by Quizilla


The Gangrel
Of all vampires, the Gangrel are perhaps closest to their inner nature. These nomadic loners spurn the constraints of society, preferring the comfort of the wilderness. How they avoid the wrath of the werewolves is unknown; perhaps it has something to do with the fact that the Gangrel are themselves shapeshifters. When a mortal speaks of a vampire changing into a wolf or a bat, she is probably speaking of a Gangrel. Like the Brujah, Gangrel are fierce warriors; unlike the Brujah, Gangrel ferocity does not stem from anarchic rage, but from animalistic instinct. Gangrel have a keen understanding of the Beast in their souls, and prefer to spend their nights in communion with the animals whom they so emulate.