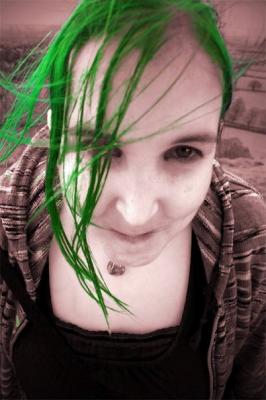 Name: Jessica
Net names: Chalk, Ivory, Ivorycrow, Chalk Raven
Birthday: 08/08/85
Ethnicity: British (Welsh and English)
Hair colour: Red...ish
Eye colour: pale blue/green
Height: about 5.8
Religion: Pagan
Extra glitter: Two piercings one ear, four in the other, want more, no tattoos yet would like at least three.
Handed: Ambidextrous (left and right)
Status: Single
Extra other: I am dyslexic, dyscalculic, and dyspratsic, so not only can I not spell particularly well, I also can’t read very fast, can’t really do maths very quickly, and fall over lots...its an interesting old life.
Education: I studies at University of Bristol, doing archaeology, awesome, but a complete waist of time, which leads to...
Occupation: I work for Starbucks, I am a supervisor, and coffee master.

Improvisation: I helped found an improvisation troupe at my university, and continue to perform with them. I have also designed two logos for them, and over the last five years have created most of their publicity information. Improvisation is a great theatrical skill, and believe me when I say that real improv is far different and much, much better than “Who’s line is it any way”.

Pantomime: A form of traditional children theatre based on nursery rhymes and folk stories, usually involving much slapstick and knob-gags. This is spoken theatre not mime, I have been involved with pantomimes for 6 years, and have written and directed many.

Art: I enjoy drawing and painting, my main form of art work is usually involved with stage crafts.

I am a bit Goth, at least thats what my friends tell me...and I love vampires...so I guess I'm here to find others who like those things too...

I also often act quite Goth, I guess; I hate going out in the sun, I love the night, I have a very dark sense of humour and find many morbid things captivating. I love Gothic art. But apart from that I am a very light hearted person, I love spending time with my fiends, having picnics, building sand castles, that sort of thing.

My love of vampires stems from a completely different place then my interest in the gothic world, although as I got older I realised that the two tied in quite nicely.

When I was younger I was enthralled by anything mythological, and folkloric, from unicorns to zombies I was there lapping it up. I watched my first horror movie at the age of 7, “Nightmare on Elm Street”. It’s really quite graphic but I thought it was amazing. Of course my parents new I was watching it, they encouraged us (my brother and me) to see anything we wanted to, always telling us to remember that it was only fake. But it was still amazing; from there I watched many other horror movies until finally stumbling across “Interview with the Vampire”. And that was it, I was transfixed, mesmerised, vampires were amazing, this became my child hood film, my comfort blanket, if all else failed in the world, I had that film, the vampires.

As I got older I began to read about them, fiction and non-fiction, I found as many films, TV shows and documentaries as I could. And soon enough I arrived a poor whelp on the VRs doorstep.

In luxury with not a care in the world!

I have two jobs that with all my heart I want to do, and probably will never be able to do. Firstly I want to open up and run my own theatre. As you may have noticed I have a passion for the theatre, and I love working behind the scenes. I am forever applying to random theatre jobs, and in a few years I really hope to be able to save up enough cash to be able to take a theatre design course at the local theatre school. It would be amazing!

If that doesn’t occur I would love more than anything to open up my very own Occult store. We used to have one in the city, it closed because the building was falling down, it never relocated. But there is defiantly a market for one here, it really would be great fun.

I would also like to do a Masters at some point in mythology, specialising in Vampires for my dissertation, but again this would require money, so it’s not likely to happen any time soon!

My faith is very personal to me, and I have no doubt that every pagan would say the same. However I often wish that this was not the case. I do not follow any particular “path” because I have been completely unable to find one. Some people enjoy forging their own way through the pagan world, but to be completely honest I would love some company in my beliefs. ...then again such a thing can very often be difficult to find as they tend to change from day to day. And I guess that’s the issue with following a faith that has no standardisation, or at least a minimal amount. There are certainly rules and regulations out there that apply to some pagan paths the Wiccan rede for example. A friend of mine quite recently said to someone “I’m a vegan for a few reasons, but mainly because I’m pagan and we are not allowed to harm any living creature”. I guess that is her interpretation of that specific rule, but to be honest if someone has done me wrong, or harmed me, or people I know I think I deserve revenge. ...So Wicca is defiantly out.

Naturally going down the whole “an eye for an eye” route I though that maybe Satanism could be the harbour for me. But having read the Satanic Bible I could not fit there either, it’s all very interesting, but not quite right.

I believe in reincarnation into any form of life, I believe in a universal awareness that manifests its self sometimes through the presents of what people have chosen to see as gods. I believe in magic (although I don’t believe on sticking a “K” on the end as I think that looks tacky), and I believe in being good to people who are good to you. Or at least at the time of writing this, that is what I believe.

I have only recently been open with my faith to people I know, my mother still thinks it’s a phase, despite my dad being a Pagan when I was a child (he’s now an atheist).

Disawesome
Stupidity, ignorance, rudeness, fundamentalists, intolerance, know it alls, people who go out of their way to inconvenience/harm/annoy others, people who force their beliefs and views on others, ice on pathways, vandals, thugs, teens who think it’s cool to carry knives, spitting, hights, wet dog smell.

Favourite films
The Wisdom of Crocodiles, V for Vendetta, Fright Night part two, Interview with the vampire, Nightmare before Christmas, The Princess Bride, Signs, the Labyrinth, The Dark Crystal, MirrorMask, Lady in the Water, Stardust, the Craft, Hot Fuzz, the Rocky Horror picture show, the WickerMan, The lost boys 2: the tribe, Princess Monenoke, Spirited Away.

A little more random spaff
I’m a complete sic-fi geek, I love star trek, except Enterprise because it was awful! I also really enjoy SG1...generally sit me in front of some science fiction and I’ll be happy! I also really love comic book movies/tv shows, like Dark Knight, and Heroes (Syler is so cute! Cute and evil!! ^_^)

See, he’s just so cute!...To be completely honest I have a true soft spot for most villains, I love bad guys, they’re awesome.

My latest coven, an awesome place with great people:

My first Coven:
The Coven of Dark Shadows, run by Rick. It was an awesome place. And I hope one day to see Rick come back! 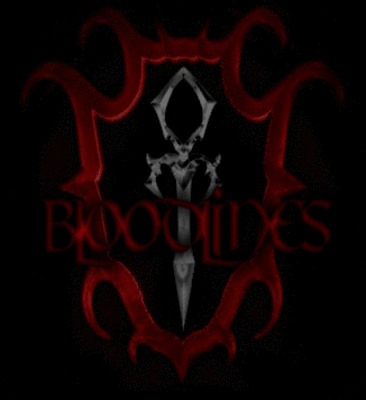 A quick note on rating. I will more or less rate you what you rated me. If you have not rated me before I come across you I will usually rate no lower then a seven. If you would like to be re-rated, please just ask, I am more than happy to revisit you. 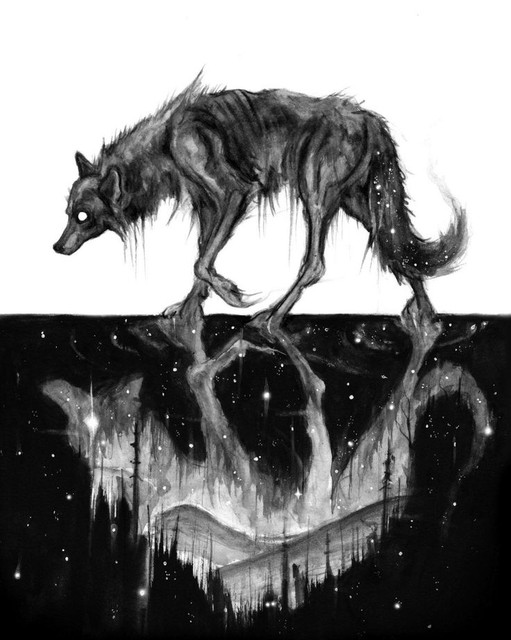