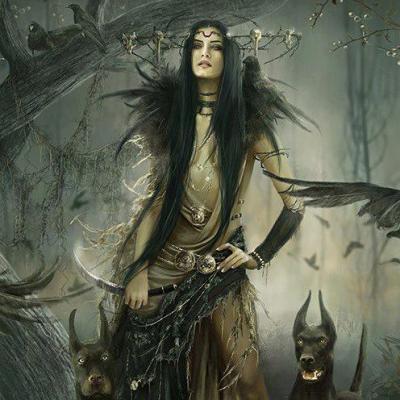 Someone once told me that what doesn't kill me, will make me so much stronger. Well he damn well near killed me, so does that now make me invincible?

First and foremost, I must warn you- I am a stupidly happy, chirpy, cheery, lively person, in love with life itself, and it does tend to rub off on people :-) (except for when I get accused of being 'too enthusiastic' on a nearly daily basis :-p.

I admit it- I LOVE living- it's just so much fun!!! I've never understood the whingers I meet.
If life kicks you in the balls, you GET BACK UP WITH A SMILE. I promise- it always works :-) I swear- I've been to the gates of hell several times now- I'm happier than ever. It just makes you appreciate the things you DO have..

Well, I am most definately a country lass- I'm never happier than when I'm cantering up a mountain on my ickle horsey in a gale force wind :-) (or blundering through a bog in my wellies with my spaniel!!).

I enjoy my guns, it's true, and I do enjoy taking my dog beating, its very rewarding working as a partnership with my wee beasties..

>I am the very loving owner of a brilliant little thoroughbred x irish draught, he throws his heart into everything asked of him, even if he finds it incredibly difficult, and I am definately stupidly lucky to have such a chappie..


Lay your sleeping head, my love,
Human on my faithless arm;
Time and fevers burn away
Individual beauty from
Thoughtful children, and the grave
Proves the child ephemeral:
But in my arms till break of day
Let the living creature lie,
Mortal, guilty, but to me
The entirely beautiful.

Soul and body have no bounds:
To lovers as they lie upon
Her tolerant enchanted slope
In their ordinary swoon,
Grave the vision Venus sends
Of supernatural sympathy,
Universal love and hope;
While an abstract insight wakes
Among the glaciers and the rocks
The hermit's carnal ecstasy.

Certainty, fidelity
On the stroke of midnight pass
Like vibrations of a bell
And fashionable madmen raise
Their pedantic boring cry:
Every farthing of the cost,
All the dreaded cards foretell,
Shall be paid, but from this night
Not a whisper, not a thought,
Not a kiss nor look be lost.

Beauty, midnight, vision dies:
Let the winds of dawn that blow
Softly round your dreaming head
Such a day of welcome show
Eye and knocking heart may bless,
Find our mortal world enough;
Noons of dryness find you fed
By the involuntary powers,
Nights of insult let you pass
Watched by every human love.

Enigma- Silence Must Be Heard

Epitaph on a Tyrant
by W. H. Auden


Perfection, of a kind, was what he was after,
And the poetry he invented was easy to understand;
He knew human folly like the back of his hand,
And was greatly interested in armies and fleets;
When he laughed, respectable senators burst with laughter,
And when he cried the little children died in the streets

From 'The Rime of the Ancient Mariner'

'Her lips were red, her looks were free,
Her locks were yellow as gold :
Her skin was as white as leprosy,
The Night-mare LIFE-IN-DEATH was she,
Who thicks man's blood with cold.'

I do admit, I LOVE to read :-) I usually spend almost every spare moment that i have with a book in my hand :-).

Some of the authors in particular which have influenced me over the years would be:.


I've come to the fairly recent conclusion that whilst I read (and continue to read) many, many books, those which truely capture my imagination are those which capture the essence of hopelessness, but continuing to hope regardless.

Those which tell of love, and unfathomable loss.

Of pain, and unattainable (or short-lived) joy.

Life, and complete and utter hopelessness.

I must admit, occassionally I find myself on the verge of tears because a character I have admired is killed or injured and a brutal brutal way.

They give me hope.

From out the wild woods ringing.
A bullet pierced my true love's side
In live's young spring so early.
And on my breast in blood she died
While soft winds shook the barley.
But blood for blood without remorse
I've ta'en at oulart hollow.
I've lain my true love's clay like corpse
Where I full soon must follow.
Around her grave I've wandered drear
Noon, night, and morning early.
With breaking heart when e'er I hear
The wind that shakes the barley.

Dead Can Dance- How Fortunate The Man With None 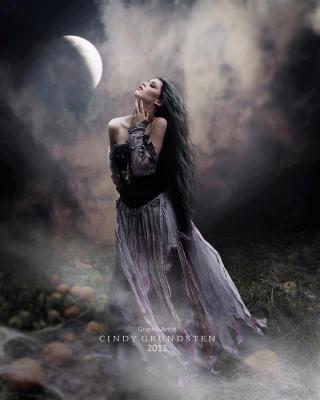