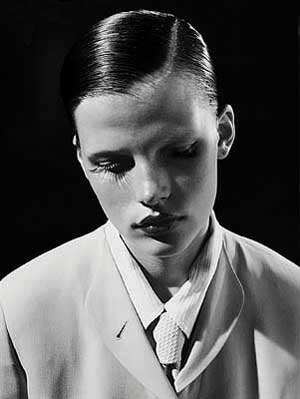 heaven fears me and hell won't take me back

You may call me Renegade. Stick around long enough and you might find out why...


People who show Androgyny traits are seen in Psychology
as being the most mentally stable individuals because they can see situations from both a masculine and feminine perspective. They tend to also handle social situations better than people who are typically defined as solely masculine or solely feminine."

If you stand in one place long enough, the world will come to you.
- Chinese Proverb

i'm constantly seeking the ultimate sensation - experience
- moment, it's all we have anyway

i love finding new places, new spaces. raw energy. hearing that new song or band that takes over my mind...until i find the next one;)

DISLIKES
shallow judgmental people, a life with no purpose or meaningful direction, country music, people who insist on trying to force others into a category or label, getting up early in the morning, cheese, bright sunny days, slow transportation, petty minds, apathy, people who threaten to kill themselves all the time but never actually do it.

..the only people for me are the mad ones, the ones who are mad to live, mad to talk, mad to be saved, desirous of everything at the same time, the ones who never yawn or say a commonplace thing, but burn, burn, burn, like fabulous yellow roman candles exploding like spiders across the stars and in the middle you see the blue centerlight pop and everybody goes 'Awww!'
-Kerouac

MOVIES
...anything that causes one to think...or laugh...or strongly feel. I'm also like movies with vampires and/or werewolves in them, and movies with extreme situations, very evil characters, and violence that is like poetry in motion...

"One must still have chaos in oneself to give birth to a dancing star."
Nietzsche

BOOKS:
So many choices so little time...here's a few for now-
A Clockwork Orange, The Chronicles of Narnia, Long Hard Road Out of Hell, Desperately Seeking Madonna, Memoirs of a Geisha, Hackers, Stardust, anything by Robert Cormier, Vampire Chronicles series by Anne Rice, the Anita Blake vampire hunter series, Harry Potter, Killashandra, anything by Jhonen Vasquez, On the Road

PEOPLE
mortals that i love for various reasons ;)

Why are you sad? [amazing pictures] For darker people