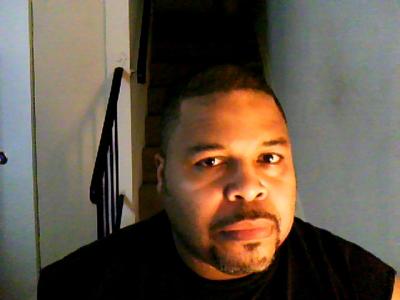 In the words of the ancients, one should make his decision within the space of seven breaths. It is a matter of being determined and having the spirit to break through to the other side.

"I am Lord Xavier Alexander Vorenus, a former Scion of the "Via Regalis" - the Road of Kings. Past master of the "Coven of Celestial Wisdom."

This is my avatar and the name by which my avatar would have been known had I actually played the Classic World of Darkness (cWoD) RP storyteller's game of Vampire: The Masquerade & Dark Ages: Vampire. Instead I simply collected and studied all the lore, sourcebooks and novels, engrossing myself in it's philosophy, metaphors and it's rich, complex universe until I knew exactly what my personality "bloodline" comparison was - Clan Ventrue.

This was during a time in my life, several years ago, when pain, suffering and sacrifice had become my teachers and companions. My family at the time (father, mother, younger sister), had become scattered and estranged due to child abuse and religious hypocrisy. As a result, my personal growth and sense of self was damaged and my first marriage was shattered by my own infidelity, anger and depression. After a painful separation from my spouse, I spent the next decade living from paycheck to paycheck, either in a seedy motel somewhere or renting a room from a trusting friend, who felt some sympathy for my situation. Always, I found myself wandering from place to place... alone, struggling to maintain and hold on just a little longer. Often I would work two jobs just so that I could at least have a little pocket change and stay somewhere near my children while they were growing up and visit them whenever I could.

Yet within my heart and soul, I had become a thing emotionally dead, cold and hard and the company that I kept, along with the things I was involved in to make some extra money, reflected my dehumanization. My personal metaphor became that vampiric "creature of the night" and violence, drugs and especially the lust of a women's flesh were my only "vitae" to ease the pain and feed the "Beast" within me that was forever hungry... always in need.

Struggling with such emotions, knowing I was of better "quality", my love of knowledge became my escape from those around me who fed on drama and negative energy. I found my "solace in solitude", closing myself off bit by bit from everyone, educating my mind in various world philosophies and culture, but the knowledge, metaphors and deep insights I gained from reading the World of Darkness books... along with other esoteric subjects, helped me to "reforge" an image of something deep within me - a personal metaphor that I could use to grow emotionally stronger and focus my energy toward more positive changes. Yet my journey would not have been so successful without the love, respect and support of those true friends I had the good fortune of meeting in my travels, who became my "kindred family", helping me through the hard times. The same kindred who often looked to me in many respects as their "ventrue prince", to help them discover their personal metaphor and "bloodline". Oftentimes, I was called upon to keep the peace among our little "camarilla", as a voice of reason and sage advice, since I was well known for my studying something to expand my mind and evolve my spirit.


*A revised, yet brief generalized summery of my past, as much as I am willing to reveal here. To learn more, you may have to take a chance and get to know me better. Over the years many WoD terminologies were used by my friends and myself. One most important to us was the word "kindred" - a word we adopted to describe the bond of loyalty and trust among us that was far stronger then blood.

If you add me, please let me know, so that I may show my respect & gratitude in return.

My avatar (personal metaphor) has undergone a major change in the past few years. In RP terms, it was as if my former vampiric crusader, born of the Dark Ages, suddenly found himself traveling to the Far East to find a sensei in which to learn and adopt the code of the samurai.

Samurai Champloo - one of my most favorite anime, among others that I enjoy. Jin has become my personal metaphor among the Vampire Rave and represents the RP image of my Ventrue - "Xavier Alexander Vorenus". I use his image primarily as a reflection of my inner self, (along with other anime "Jin look-a-likes") for my RP stories that I play around with in my journals, which are loosely based on the classic WoD (world of darkness) storyteller's game universe and my own unique perspective.

Having been among the Vampire Rave since 2005, I have witnessed many things and I have met many unique people... both Dark and Light. After a brief, yet wonderful servitude as trade master in House Eternal under the beautiful Jamie and later on as an asst. coven master in Lux Aeterna under Yendor, I soon found myself wanting a coven of my own. A place of honor and strength, where one could find some compassion and peace. I named the coven...

It was not as easy as it sounded and I was not as successful as I thought I would be, neither in word nor deed. Despite some of the good I had done, I had made enemies, broken a few hearts, hurt a few feelings, bent a few rules, allowed emotional depression and anger to cloud my judgement until finally in the end, I shattered a dream of what should have been a beautiful thing.

I admit this with humble regret for the role of a leader is not easy and far too often abused. I had fallen into the same pattern of drama and darkness that I had, at one time, raged and rallied against. When I had finally come to realize that fact, it was far too late. I knew I had to step down and allow someone else to take over... and fortunately Oceanne became my successor. After the passing of the torch, I took a long hiatus away from Vampire Rave to refocus and renew... making some serious changes in my personal life. Now that I have returned, I serve Oceanne as her asst. coven master, whenever and however she may have need of me. I am the power behind the throne, better suited to serve from the shadows, then to lead in the light.

I am very honored and proud to say that Celestial Wisdom is apart of an alliance with other covens of similar desire and goals, led by a very honorable and decent fellow known among the Vampire Rave as Jens, the coven master of Ancients.


It's both an honor and a pleasure to display the stamps of those I have a deeper connection with... they mean a great deal to me. Good friends are often hard to come by, yet I crave the connection from both the old and the new. In return as always, I offer my humble gratitude, respect and loyalty...

~ Clan Ventrue; the Clan of Kings ~

At the end, there will be war. Mortals speak of the Battle of Armageddon, Cainites of Gehenna.

Either way, there will come a night when drawn swords and mustered armies are all that stand between the Damned and the saved. The Ventrue take these predictions as their marching orders. They are the fearsome knights, noble warriors and empire-builders of Caine's get. Let others ''rule'' as priests and potentates, for there are even worse things in this world than vampires, and the Ventrue know they are the only hope.

When the last battle comes, they will beg for protection like all others cowing behind the arrayed Ventrue knights.

Clan Ventrue has long been one of the proudest lines of vampires, it's members working hard to maintain a reputation for honor, genteel behavior, and leadership. A sense of noblesse oblige has long pervaded the clan, accompanied by the genuine belief that the Ventrue know what's best for everyone. There are Ventrue on every major philosophical road, but the clan identifies most strongly with the Road of Kings.

The Ventrue believe firmly in Cainite feudalism, and they organize themselves accordingly. Oaths of loyalty (sometimes backed by blood) are common between Ventrue of differing rank. They not only consider themselves the oldest clan, but see themselves as the enforcers of tradition and the rightful leaders of vampire society. According to clan legend, the Ventrue founder [Veddhartha] was the first childe of Enoch, eldest of the second generation. He was to be Caine's advisor in the nights of the First City, and when the Dark Father prepared to leave he chose to hand the burden of responsibility for stewarding his people to Veddhartha.

Therefore, they are destined by special mandate to carry the mantle and the burden of leadership. The Ventrue cherish history (especially thier influence on it) more so than any other clan, believing it to be a worthy guide to live by and to justify their positions of authority today. As such, the Ventrue identify very strongly with the late Republic and early Roman Empire, looking to Julius Caesar and others as great exemplars of the warrior-king ideal.

The knight - a warrior-lord bound by his honor and judged by his sword - is the Ventrue made manifest, and the clan has organized several orders of chivalry for the Damned. The largest one is the Order of the Black Cross, which is hidden within the Teutonic Knights.

The Ventrue often call themselves Warlords, and it is no empty boast. Any Ventrue with ambition, however, should be viewed with respect, for the clan is a formidable force indeed.

~ The Words of Ventrue to his Childer ~

We ruled in Enoch! We ruled in Carthage!
Dumuzi! Gilgamesh! Zeus! Jupiter!
We are every great man, every perfect man.
We rule, not by strength, but by right.

Be the law-giver, the tool-maker,
Carry the sacred [Me] to the people,
Keep the covenant,
Bind those that rebel,
Glory in those who fight and win,
Keep strong swords about you always,
and sharp eyes at your back.

Cower not in fear of the Sun!
Shrink not from Fire!
Though cursed we may be
We are the Lords of the Earth,
and all things fall under our dominion.

The Way of the Samurai is found in death. Meditation on inevitable death should be performed daily. Every day when one's body and mind are at peace, one should meditate upon being ripped apart by arrows, rifles, spears and swords, being carried away by surging waves, being thrown into the midst of a great fire, being struck by lightning, being shaken to death by a great earthquake, falling from thousand-foot cliffs, dying of disease or committing seppuku at the death of one's master. And every day without fail one should consider himself as dead. This is the substance of the way of the samurai. 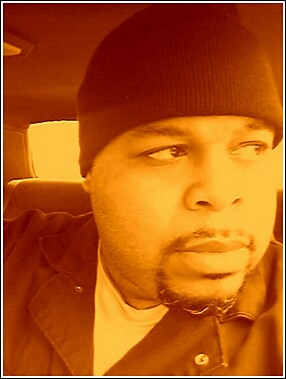 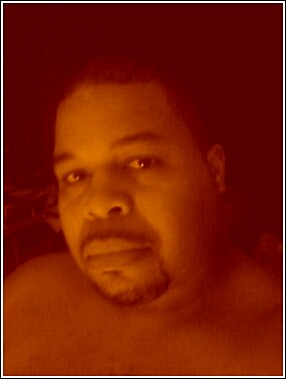 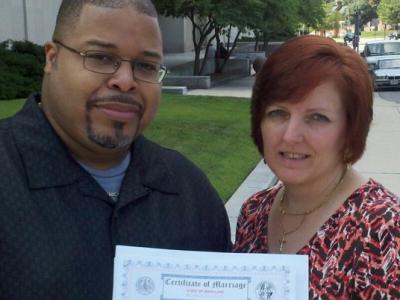 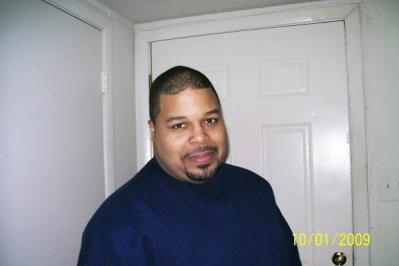