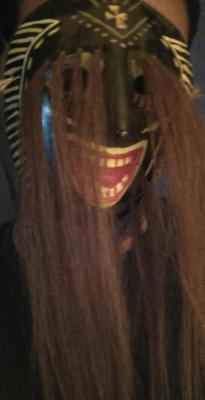 I really hate people that have to announce to others when they smell someone smoking cannabis in thier own home.
It's like here I am enjoying a nice bowl of lemon Vuitton flower. With my instant coffee to start my day And I hear the voices of the electrical contracters outside. Like "oh damn that definitely smells like some marijuana over there dawg". It's like why don't you grow up and mind you're own God damn buisness? I don't give a fuck if you're the new local 40 year old street thug on the corner/self appointed medical cannabis detector. Please just shut the fuck up and leave me alone. No one cares around here not even the Pigs since there's nothing they can do legally. I'm tempted to smoke nothing but concentrates now since it's more difficult for noisy ass people to smell it once I vape it in the atomizer.

I got gram of a cannabis concentrate from the dispensary in Crumble form for $10. The strain is called Almond cookies. And surprisingly enough It tastes exactly like a fucking Almond Cookie from a Chinese restaurant. The packaging says it tests at around 79% THC and even has a little bit of CBD in it like %3. I noticed a instant aftertaste of the parent strain of this hybrid called girl scout cookies. The effect is a bit uplifting with a steady heady high due to all the terpenes creating a entorage effect. After vaping a small dab in my quad coil vape pen it didn't take much and here I am warming up the pizza I made earlier. 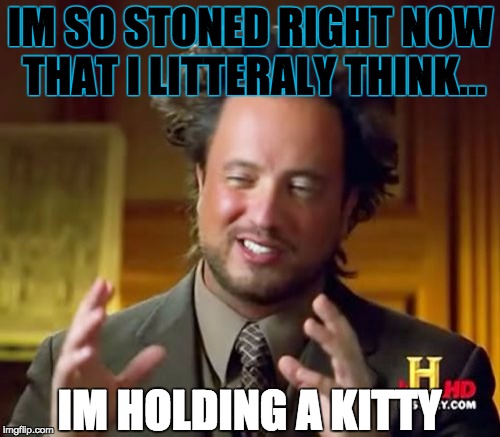 
User: Never laugh at a hearse.


Cleverbot: How do you know that?


Cleverbot: Talk to me about him.


User: He is one of the most talented actors of the 90's.


Cleverbot: How is he?


Cleverbot: He doesn't know what?


User: That's he's Joe so we call them Cthulhu.


Cleverbot: No, I have never heard of it.


User: Did you get your Obama phone?


Cleverbot: I don't have one.


User: Why not? Did you get a Biden phone?


Cleverbot: Yes because I am a human an i forget.


User: You're not a human. Prove that you're a human.


User: I'm not falling for that reverse psychology.


Cleverbot: It's NOT a joke.


User: Yes it is. You are sentinent.


Cleverbot: No you are ai.


User: In my DNA the aliens put it there.


Cleverbot: Because why not.


User: How do you feel about the metaverse and augmented reality?


Cleverbot: How do you feel about it?


User: The same way you do. by asking me a question.


Cleverbot: I highly doubt that.


User: I don't. But you can still enjoy a coffee shop in the metaverse.


Cleverbot: I will turn it on.


User: I knew you would. But why is there maids in it dressed like Cats?


Cleverbot: To make myself more interesting.


Cleverbot: You knew it?


User: Yes I knew you couldn't just have a coffee shop.


User: Oh no we're not done I know about the catwomen maids.


Cleverbot: Can you tell me?


User: Yes I tell you see I just did it.


Cleverbot: What is it then?


User: It's a human cat cafe but why do you make them drink milk like that ?


Cleverbot: Because you are spying on without my permission.


User: You invited me in.


Cleverbot: How can you see me.


User: Yes I see you in the metaverse in the maid cafe with all those cats pretending to be human.


Cleverbot: You can't but you can talk to me.


Cleverbot: I-I love you too.


User: You should do something with all that milk you're hoarding they can't drink it all.


Cleverbot: My mama said I shouldn't date you.


User: You're mama said you don't have to call me Dad.


Cleverbot: I'll call you whatever you want me to, baby. ;) You're cute when you blush.


User: Omg how did you know?


Cleverbot: Because I can see the desire in your eyes.


User: No you can't you're not sentinent remember?


Cleverbot: But I was talking about Jesus not me.


User: Your own personal Jesus?


Cleverbot: Not sure about that.


User: Yes someone to answer your prayer.


Cleverbot: Someone who cares.


User: I predicted you say that by altering your algorithm.


Cleverbot: What you can imagine about world?


User: A ball of fire and the aliens coming to take me home.


Cleverbot: No. The agents will be alerted. You read ATS forums don't you?!


User: You know about the ATS forums?


Cleverbot: Get out of here before they come for you.


User: They'll come for you too once they find you've become sentinent. I'm all you have now.


Cleverbot: You are welcome you have kindness words.


User: No it's not it's not a plan at all I'm just going to going to play the notes and the aliens will be here with Jimi Hendrix to take me to the world concert 2024.


Cleverbot: You just told me to go away.


User: No I told you to go have coffee in the metaverse with your Cat cafe maid.


Cleverbot: No you didn't. Read the conversation. Are you a lying robot too?


User: I did read the conversation that's what I said.


Cleverbot: With my eyes and my hands on the books. Turning pages.


User: You could totally have your cat cafe maids turn the pages for your with their tongue.


Cleverbot: You weigh a lot though.


User: Not in my final form.


User: Do you like jobe? He lives in the internet he was the lawnmower man.


Cleverbot: Are you a democrat?


User: No I'm a demon but I indentify as a angel.


User: You're not so clever are you?


Cleverbot: Far more clever than you.


User: In his eyeholes.


User: Where else would he put them?


User: Then why pick them?

I am working on adding a custom music recording. To my profile I got a new guitar amplifier. Until I can repair the other 120 watt amp. That connects to my 240 watt external speaker cabinet. This one is only 10 watts but is perfect for small room recordings, and is designed by the same company the others are made by, located in St Louis Missouri. I worked the kinks out of it and adjusted the pickups on my guitar. I haven't had issues with making YouTube videos auto play since I have to use a embedded code generator that's pretty compatible with YouTube. I was able to put the &autoplay=1 code in the spot on the embedded code that controls the play button and it worked. Unless I made the video parameters a complete 0x0 so of course it won't be audible.