Someone should tell me if this is me. I'm a Sagittarian.

God of money, luck and good times between the sheets.

Sagos are playful, laid back and oh-so fun to party with. They are wild, and may be the BADDEST party people you ever meet! One thing to be wary of is that Sagos like to talk BULLSHIT! Don't believe everything they tell you because they are kings at 'talking it up'.Sagos probably make better friends than lovers, but if you happen to score a one-nighter with them,be prepared to do stuff you've NEVER done before!Sagos are spontaneous and adventurous and most have probably been caught doing it somewhere public. When they find the right lover, they will give it 100% as long as the commitment is returned.

They are up for anything. Quality AND Quantity.

Handwrite a sexual fantasy of yours and leave it on their pillow. You'll be surprised at what happens next!

Even if he's fat, balding and middle aged, he can still pull the chicks. It's his love and pursuit of happiness that draws the babes to him. Think "Austin Powers" baby, yeah! He is a wee bit selfish though, so be prepared for an "all about me" attitude in the sack. He LOVES doing it,

and if you start holding out on him, he's likely to get it somewhere else.He will either amaze his partner with his sexual expertise or be absolute trash in bed!

Space Quest is a series of six science fiction computer games that follow the adventures of a hapless janitor named Roger Wilco, as he campaigns through the galaxy for "truth, justice and really clean floors".

Initially created for Sierra On-Line by Mark Crowe and Scott Murphy (who called themselves the "Two Guys from Andromeda"), the games parodied both science fiction properties such as Star Wars and Star Trek, as well as pop-culture phenomena from McDonald's to Microsoft. The series featured a silly sense of humor heavily reliant on puns and wacky storylines. Roger Wilco, a perpetual loser, is often depicted as the underdog who repeatedly saves the universe (often by accident) - only to be either ignored or punished for violating minor regulations in the process.

Why do I have this feeling I'm losing everything important to me?

you wont lose everything

You have completed 9% of the next level.

12 people have blocked me

i don't even know the people that blocked me.... and some of them have me on their friends lists too....

I had most of them blocked already.....

and today I blocked the rest!

who would block The Fiz??

i know how you feel I have 10 blocking me and 1 or two were on my friends list and never said a word about anything being wrong, go figure?

how could anyone block you?

i'm confussed, so they take off a percentage?

I was so looking forward to this game on the pc. However they took the whole mp aspect out of it. The game takes about 8 hours to play solo. Currently priced at 30 dollars. I may get it if the price comes down more on it. I'm a huge fan of the movies. Even the second one had it's moments. I may budge once my income rolls back in. For now I get to watch the pretty videos.

Steam Has made it available on there system, will they help incorperate it into mp. It's a possility and thus would make the game even better to play. Face facts busting ghost is fun. Busting ghost w/team is more fun.

bummer. I was reading some reviews about it this morning and most of them said the game was pretty good except for some twitchy AI issues. bonus points for destroying collateral property while chasing ghosts.

also, I heard the prices for XBox and PS3 ports were $59. Ouch! That's too much for a game that i can finish in a weekend.

i picked up the game for 360 this after noon and played it a bit. the dragon pre ordered the game and got it for a bit a bit less and got a lot of goodies too.

There is a god ( or something). I need to get it ASAP

I've been ill for several days, sleeping earlier then normal to get back on a sleeping time schedule.

Websters Dictionary defines pride as : “the quality or state of being proud: as a: inordinate self-esteem : CONCEIT b: a reasonable or justifiable self-respect c: delight or elation arising from some act, possession, or relationship.”

I’m proud to be bi-sexual which has the meaning of, “relating to, or characterized by a tendency to direct sexual desire toward both sexes.” There are a lot of people that don’t like the fact. There’s even more that don’t want to deal with it. There’s even a handful that would lash out against it. That’s fine with me you don’t have to understand it. When it comes to me I have found a man and he’s a wonderful person. Every time I’m on he is right there making sure that I’m ok.

It was exactly what I needed to happen, and now the hate mail pours in to me like the opening of a thunderstorm. The gloomy cloud of hate for whom and what I am, and hate for who and what he is. I was openly bi when I came on to this website. I was openly bi even before I came to this site. My folks were very happy that I came out to them when I first knew. That’s not always the case but I’m glad mine where.

In the darkest hours I’ve always turned to my mom about things like hate and slander. Now that she’s away I can’t do that in the means that I need to. I don’t really know what prompted me to even write this except the fact that Pride Fest is coming up soon. I for one cannot wait for it. To celebrate who and what I am with all sorts of people. People that are bi, people that are gay, people that are transgender, people that are even strait, and people that are lesbians. All together to celebrate a good cause the governments are turning around and starting to provide some equal rights to us all as it should be. There are still some that aren’t.

The world will someday have no objection to it. Until then times are going to change. People’s opinions will change the one thing that remains constant is that we love who we are and we will continue to be who we are. The only difference is you need to be aware you can lash out at me all you want but we are everywhere. From your next door neighbor to the kid that is your friends best friend. No matter where you go you will find one of us. Maybe not quite as out as me, but still there nevertheless waiting for the right moment for them to be out.

Yes very well said Neil... pride comes in many forms, we are who we are regardless of what changes others think we should make, it is the pride that we all hold for ourselves and are able to hold our heads up high even when it's hard too at times. hugs

No one has a right to judge another person no matter what! Be who you are and be Proud of it, Yes its a horrible thing when people slander or belittle you but I know you Neal, your a great person and that will never change *cuddles*

Damn straight hun and I will always be here to make sure you are alright and I will always protect you. I don't give two shits what people say about me or think but, when it comes knocking on your door and they want to slander you I will be there at your side black fur standing on end and teeth bared. Your the best Neal!

You have every right to be proud and to love who you want to love. We don't choose what we are. We simply choose how to deal with it. I'm PROUD of you for being so openly you and being the most loving man I ever met.

you have never hid this. you are out and open about it. if people can't accept that you have someone that you are attracted to, then to hell with them. they are not worth your time or the drama that they bring to you.

live out in the open.

Being a pagan, I have no problem with the way anyone is , that is there choice and I except that . you love who you love just like everyone else .

YOu are who you are and if people don't like the way that you are then the heck with them. Be open to yourself and who you are. Tell the rest of the world to take a flying leap if they don't like it.

you know if we were there with you, we would all go to the festival hun.

no matter what anyone says, you are perfect the way you are.

Love holds no boundaries.... The heart wants what the heart wants. I think is amazing that your Mom was there for you. You should always be proud of who you are.

Sometimes I wish I shouldn't say things... I end up saying things and becomming idodic and stupid. Sigh

Ah man it's what makes us human, trust me i go through this daily haha

Ok take the background out. 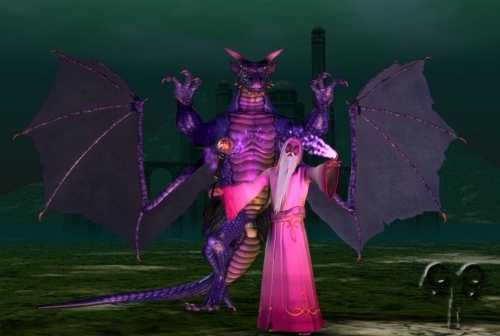 Drawn by Likelovingthedead for me.

This is what I want for a tattoo.

This artwork looks like its from lord of the rings

so where on your body you wanting it put?

fuck yea get it!

New Section added to my coven called Guardian Alumni This page is dedicated to former members of the stone Guardians that have moved on. If you wish to be in this page let me know. If you don't then also let me know I'll remove you if I've already added you.

So you get a member that's free for grabs. Then you say that they don't do anything and want to charge 2000 favor for someone that doesn't do anything.

Or You pick out another member and they've been permanatly suspended and try to sell them for an outragous favor amount. When they will never ever be on this site ever again.

Even more like this. Where the member hasn't even been online since 2006-2008 and charge for them when they are no longer loginng in.

I had a feeling this classifieds and free member thing would end up disappointing.

yeah, it's like the "FREE!" table at a garage sale. A whole lotta someone else's broken stuff.

I was reading Morrigon's journal this morning and found this out. David Carradine is dead. Cause of death according to the article is they think he may have commited suiside. My step dad loved his shows so that's the only reason I even knew of this guy. I really liked them too.