You would wouldn't you? 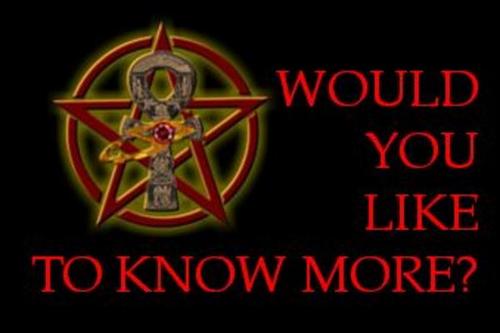 MOGYOLOGY, by definition, can not be considered a form of "Religion" since its God is not a "controlling power", but rather a source in which power (energy) is derived from. It's more of a Personal Spiritual Belief in the Spirit Of The Universe and the power that can be tapped into by means of Meditation and the practice of Magick.

Definition of "Religion" - the belief in and worship of a superhuman controlling power, especially a personal God or Gods, Goddess or Goddesses.

"Spiritual but not religious" (SBNR) is a popular phrase and initialism used to self-identify a life stance of spirituality that takes issue with organized religion as the sole or most valuable means of furthering spiritual growth.

Even a Warlock can crush on someone....Shhh!

*sharpens claws* who am fighting with? :p

So she asked why when I visit Florida, don't I ever visit my Father's grave site?

In my Spiritual Belief (MOGYOLOGY)...Death is not a major focus. Death is just the transfer of energy from this reality to the next. I don't follow traditional mourning customs unless I've promised the person while they lived that I'd participate in the custom.

How RELIGION control people with FEAR is by convincing people that only they know what that next reality will be. I mean honestly, if there was no Death, how powerful would Religion be?

In MOGYOLOGY, it is believed that no one truly knows. So if other humans can come up with a theory and claim a GOD told them, then I figured I'll come up with my own theory and believe in that until the truth is made known once I transition.

The 'how' may be of some concern, but one can't deny Universal Truth! Once truly accepted, it no longer has a negative hold on one's thoughts.

In my belief, there is little focus on the empty shell of the person that has transitioned? The soul that animated the shell is no longer home, but has moved on.

A gravesite is much like famous memorial sites, except with actual human remains. The only time you'd catch me in one is by request or if the location has some really cool headstones as they do in New Orleans.

MOGYOLOGY is about celebrating and honoring the living.

Remembering fondly without dwelling negatively and no special trips are required to stare at a headstone. I rather keep something personal in my own home or if need be, set up a lovely shrine of some sort. It is my belief that why a portion of one's energy remains by way of memories of those left behind, the Soul of a person doesn't reside in any particular place on Earth.

However, mourn in your own way and for as long as you wish. This is just one person's belief. 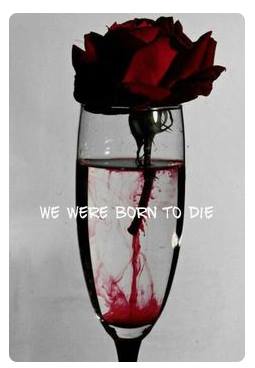