I renounced Christianity and all that I had ever been taught and tried to abide by and was failing.

Seriously, none of it made sense.

However, the damage had been done.

I was programmed to FEAR anything else outside of Christianity.

However, I asked myself, how could I endure becoming and being a U. S. Marine for 24 years, having conquered all my fears (I thought) and still fear someone else's word of talking to an invisibile being in the sky and to tell you the truth, their God isn't such a nice person. Trust me. I was raised in first a Baptist Church and then a Holiness Church.

Can you say Sin City and Corruption Junction?! LMAO!

There's even a website that uses their own book to prove their Deity really isn't all that nice.

However, I say Live Your Beliefs (as long as your beliefs do not have you harming others or being an asshole to others).

Therefore, with the realization that practically ALL Religions are based on Another Human who convinced other Humans that he/she spoke to an invisible being who gave them some sort of special revelations and instructions and then those Humans went out and convinced, converted, or converted under the threat of Death, others to a belief of what another Human had said, I decided I'll be the only Human to create and believe in my own Spiritual Beliefs.

But, I needed a little help to break the Christian Programming so already into my Occult studies, starting with, Mythlology, Wicca, but when I got up enough courage to purchase Anton Szandor LaVey's 'The Satanic Bible' and learned that they don't actually believe in The Devil as describe in Abrahamic Religions and was confirming some of the things I grew up seeing and expierencing in Christian Churches, that blew my mind.

But, even that book didn't have what I was searching for.

However, when I came across 'Mastering Witchcraft: A Practical Guide for Witches, Warlocks & Covens" by Paul Huson, his recommendation was to recite the 'Lord's Prayer'...backwards.

Well, according to the Christian Bible:

All the sins and blasphemies of men will be forgiven them. But whoever blasphemes against the Holy Spirit will never be forgiven; he is guilty of an eternal sin. (Mark 3:28-29)

So simple, to 'De-Program' myself and officially and forevermore be detached from the religious teachings of my youth, all I had to do was speak against the Holy Spirit, even though I no longer believed in it nor the Trinity, nor Heaven, nor Heal, no Angels, nor Demons, nor the Christian God nor its Devil.


However, that seemed to me to be a whole lot of negative chit chat to an invisible entity that I didn't even believe in so when I read about 'The Ritual of the Lord's Prayer Backwards' as described by Paul Hunson, I figured, cool, that's quick and easy.

So I performed it.

It is also described here. The Ritual of the Lord's Prayer Backwards

Free of "ALL" the Guilt & Fear.....Including 'Spiritual Fear'. Spiritual as defined as relating to or affecting the Human Spirit or Soul as opposed to material or physical things.

You see, one of the, if not the largest fears Humans have is of the "Unknown".

And one of the largest "Unknowns" is Permanent Transitioning from This Life to The After-Life" (a.k.a. Death).

So if you want to "Control" the masses, say YOU know what comes after 'This LIfe'.

Well, after performing the ritual, I went to sleep a new man.

I've never had a nightmare before, but something did visit me in my dreams.

I left the doors to my Sire Suite open when I went to bed. My dream was of a Shadow Being standing in my doorway. In my dream, I counldn't move, but I was able to see it with my eyes. 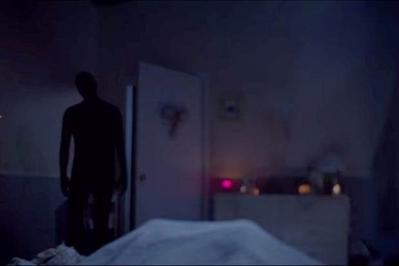 With what seemed like vampire speed (just a blur) it entered into my room and perched itself at the foot of my bed on the bedframe and just watched me lying there looking back at it. 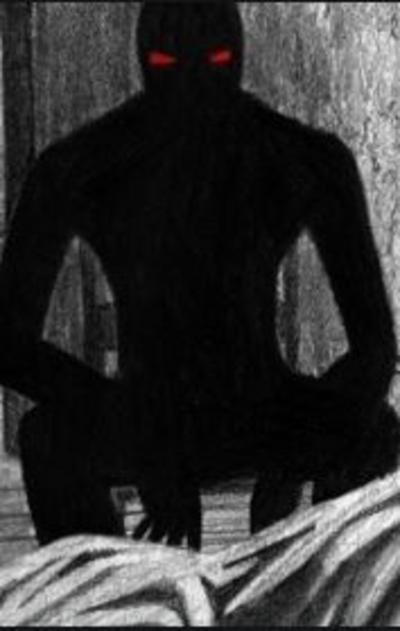 It's odd, but I knew in my sleep that I was expierencing what is known as 'Sleep Paralysis'.

Sleep paralysis is when, during waking up or falling asleep, a person is aware but unable to move or speak. During an episode, one may hallucinate (hear, feel, or see things that are not there), which often results in fear.

So I may not have felt fear per se, but it did disturb me that my comfort zone was being invaded.

So although I couldn't move, I yell at the Dark Figure to "move".

It dove right at me and into me.

I woke up feeling my body and looking around my room for anymore shadow figures.

I went back to sleep and got some of the best sleep I've ever had.

When I awoke later, I felt.......Powerful! As if I had to the power to do whatever I wanted to. To create my own Reality.

I was now whole and beyond breaking the laws of the land, I could pretty much do whatever I wanted to do as long as it brought me more Pleasure than Pain and without the guilt of Sin or having to give Praise and Worship to a construct that NEVER made itself known to me by registering on one of my 5 senses.

Purging myself from the so-called belief in a 'light' allowed my Darkside to finally AWAKEN!

I have seen the same type of shadow beings when I was a child I would see them watching me at night mostly. Once there were a group of them that visited me and we just sort of stood and looked at each until I went in my house.

Well, if I ever have another visit, I hope it's female and I hope she brings weed. LOL!

And this Shout goes to, SedeDeSangue, for stimulating my sense of sound with a new song for me to ride the waves....

Yes, I was actually outside today....In the sun.

I had to just endure. 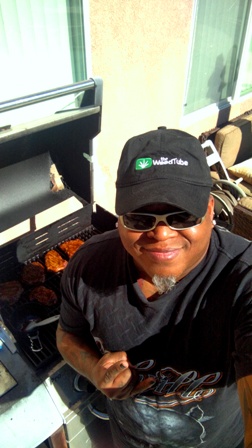 I'm with her on this one LOL

I have no special plans to dress this up with sides or anything. I'm just going to rip right through the flesh of whatever dead animal was sacrificed for my Human Hedonistic Carnivorous Desire.

I'm not going to even use utensils.

All teeth and hands.

And anything that gets between me and my meal...

I'm eating it too!

mmmm can you say this is who LordMogy looks like the smile is uncanny.lmao