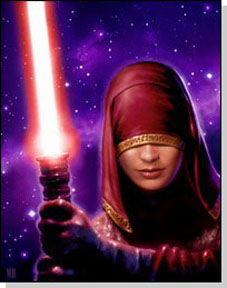 You're stalling. You don't know whether he will be fit to become a Sith apprentice. The time to learn that is now, not when you reveal yourself. You must test him.

Treachery is the way of the Sith
~ Darth Tyranus

The Sith Order was a sect of dark side Force users bent on destroying the Jedi. They were characterized by their single-minded lust for power and the brutal methods they were willing to use in order to acquire it. The sect existed in many diverse forms throughout galactic history. Originally, the Sith were a humanoid species that interbred with a group of exiled Dark Jedi, but after the rise and fall of that people, the meaning of the word 'Sith' changed. In time, the Sith would not be identified by their race, but by their dedication to the ancient Sith philosophy. There were many factions of the Sith, the most notable being the Sith Empire and the Order of the Sith Lords.

"I'm actually more machine than organic... There's a point, I think, at which a woman ceases to be a human with cybernetic implants and becomes a machine with organic parts. I believe I've crossed that threshold. And you know what? I'm not unhappy with that." ~ Lumiya, the Dark Lady of the Sith

Born on Coruscant, Brie is trained as an Imperial Intelligence agent, and is dispatched by Vader to infiltrate the Rebel Alliance. She works her way all the way up to Rogue Squadron, where her vivacious beauty and intelligence attracts Luke Skywalker[5]. While serving with the Rebels, Brie works alongside Kyle Katarn on a mission to D'rinba IV to disable the superlaser of Death Star II.

"I'm actually more machine than organic... There's a point, I think, at which a woman ceases to be a human with cybernetic implants and becomes a machine with organic parts. I believe I've crossed that threshold. And you know what? I'm not unhappy with that." ~ Lumiya, he Dark Lady of the Sith

After the Rebel Alliance relocate their base of operations to the planet Arbra, Rogue Squadron is assigned a mission to infiltrate the Imperial Fleet using TIE fighters purchased on the black market. The attack is foiled and during the subsequent battle, the friend/foe recognition equipment of Luke's TIE malfunctioned, and he is unable to determine whether an approaching fighter is an Imperial craft or a member of Rogue Squadron. Using the Force, Luke attempts to sense the other pilot's intent. The Force reveals the pilot of the other craft to be hostile and Luke shoots down the unidentified enemy, who turns out to be his fellow Rogue, Shira Brie. Under a cloud of suspicion and distrust while the Rebellion's leadership investigates the incident, Luke discovers that Brie's putative homeworld Shalyvane is part of a fictitious background, and that her true mission had been to discredit Luke with the resistance so that he would join Vader.


"Don't put it past Lumiya to engineer events to serve her purposes."
~ Luke Skywalker

She is thought too have perished in her fighter's crash, but Vader secretly has her damaged body nursed back to life and enhanced with cybernetic parts. Then he takes her further under his tutelage, instructing her in the ways of the dark side in addition to her already fearsome skill set. She becomes, like Mara Jade, an Emperor's Hand, but while Brie is training on the fearsome Sith planet Ziost, both Vader and Palpatine perish, leaving the title of "Dark Lady of the Sith" to her. Seething with anger and bent on revenge, Lumiya (as she now called herself) crafts her nearly-unique signature weapon: the "lightwhip", which had been previously invented only three times: by the New Sith Githany in Jedi vs. Sith, a bounty hunter who dies in The Phantom Menace, and Jedi Knight Kit Fisto, who used it in a plot to scare the people of a planet into assisting the Republic in the animated Clone Wars microseries. It is a lightsaber crafted out of Kaiburr crystal and Mandalorian iron, but with the ability to flex and move like a leather whip. Unlike a regular lightsaber that creates a 'blade' from a highly focused arc of energy, the lightwhip works by sending a highly focused electrical current through metallic strands, creating a charge energy aura around the strands similar to a lightsaber blade.

"Run back to your friends, little Leia…but you have worse things to worry about than stormtroopers. Before long, you and everyone you hold dear will learn just how 'pretty dangerous' a foe I can be." ~ Lumiya, the Dark Lady of the Sith

On Herdessa, Lumiya attempts to kidnap Leia Organa Solo, allowing Luke to track her to the planet Kinooine. Initially, Lumiya triumphed over Luke and his companions Dani and Kiro. She reveals that the reason for her success is that Luke's Jedi training prepared him for energy weapons or solid weapons, but not both.

Even after Palpatine's and Vader's death over the forest moon of Endor, the Rule of Two continued. Though Bane's Sith Order was at an end, it wasn't long before a new order was formed by Lumiya, Dark Lady of the Sith and a former Emperor's Hand once known as Shira Brie. Though Sith tradition changed under Lumiya, she kept the Rule of Two intact for at least seven years after the Battle of Endor. Her first apprentice was a Force-sensitive stormtrooper named Flint, whom had received training from Darth Vader himself prior to the Dark Lord's death. When Lord Flint was returned to the light side by Luke Skywalker, Lumiya took a new apprentice: the treacherous Sovereign Protector Carnor Jax. After Jax's death at the hands of Kir Kanos, Lumiya went into hiding with her loyal Imperial forces, appearing sporadically throughout the galaxy over the years. During this time she trained her final apprentice Jacen Solo, the son of Han Solo and Princess Leia. 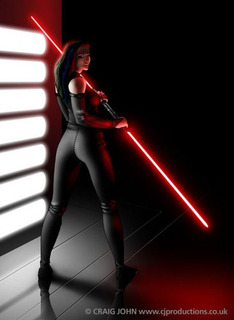 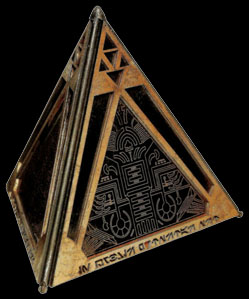 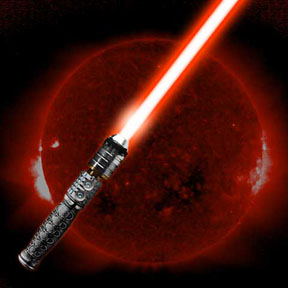