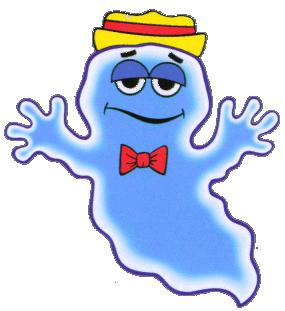 "All that is necessary for the triumph of evil is that good men do nothing." -Edmund Burke

I have a confession of the worst kind to lay before your feet.

first and foremost...that is not my picture and steve is not my name...


Tread not this murky quagmire tale of deceit, derision and insidious vituperation, for those who choose to trek through this journey will need the steely strength of emotion and fortitude of stomach the likes of which shant be seen but in the most exceedingly brave souls.

For those courageous warriors of the night, read on.

I entered the blood pact of this site on the basis that I am, and have eternally been, a vampyre.

At no point in my life has this ever been true. In fact, it has never been true of any denizen found here, our humble abode known as Vampire Rave.

Neither you or any of your ‘friends’ were born 302 B.C. Or in fact any year before, and I’m really stretching on this one, 1960. If you had been, would you truly have hobbies such as anime and video games? Would your principle tenants be honesty, respect and loyalty? No my fellow non-vampyres, as history shows us – stay with me here, because history concerning anything outside of religion and politics is generally accurate as no one has vested interest in rewriting history that only high school rejects bastardize into modern, ‘edgy’ cinema – supposed vampires kill, rape, kidnap, turn and cause other forms of havoc on innocent albeit ignorant villagers.

The last thing you would give a flying fuck about is InuYasha or Final Fantasy. Note the choice of examples in anime and video games. The same generic, mindless garbage pumped out year after year by the prominent progenitors of these forms of media. Is it any surprise that all of you, the same form of lowest common denominator that you deride so often, you mindless know-nothing fucks, seem to like the same thing? Almost every last one of you poseurs.

Not only do you subscribe to this ridiculous and banal retinue of lost children; you reveal your utter lack of emotional maturity – and you advertise it ! With so much faux-intellectualism, en-masse you fail to meet the prescribed criteria of Alan Turing. You are angry at your dad. We know this. So when you are not waiting tables at fucking Denny’s, why not take a community college class. You spend so much of your (keep in mind, just because you claim immortality doesn’t mean you have it.) short meaningless little lives on this festering-wound website. There was a “Gothic period” of history, instead of buying another “hardcore alternative” t-shirt from Hot Topic, take your $47 and put it into tuition, and expand your tiny minds beyond the suburban-hell you loath yet fail to escape.

Would you even know of Screamin’ Jay Hawkins if it wasn’t for Marilyn Manson? And if you weren’t 100% sure, yes the blood is fake and so is the glass. Manson couldn’t cut it with G.G. Allin if his life depended on it. Look him up.

May we also, in this mordacious self analysis, point out the laughable fact that a group of people that cling so strongly to their ‘individuality’ overwhelmingly choose the most popular, least original, derisive drivel available? To whit, notice the legions of ‘goths’ on Vampire Rave, and to be honest just about everywhere, whose goth-iest claim to gothyness is the clothes they bought at (no surprises here) Hot Topic, where they learned everything else about gothic subculture? Do you have no individual self-image beyond a corporate-sponsored microcosm of self-important nihilists? Alternative (as referring to your label) has thus mutated into a hideous irony. Your fragile awareness clinging to (or enslaved by) a charming noir-diluted trope. The only thing “alternative” about you being the reality you subscribe to. So much easier than grasping accountability for your massive catalogue of personal failures.

Speaking of personal failures, your belief in (and reliance on) “magic” is not only laughable but embarrassing. Magic does not work. Praying to the earth-goddess does not work. The kids that picked on you in high school are not going to be fodder for Cthulhu any time soon. If this religious alternative (big surprise) that you so vehemently cling to was worth it’s weight in human excrement than one should be able to see results permeating into society at least “some” of the time. Perhaps your immense skills and knowledge of the “dark arts” would have been helpful through out your extended life spans, say, in World War II? Wouldn’t it have been great to use the forces of Baal to quell the growing threat of Nazi Germany…let alone save 6 million Jews from utter annihilation? Perhaps you could have saved Oppenheimer precious years by peering into the future you so readily reject in order to bring clarity to that pesky problem of splitting the fucking atom. You use magic as an excuse to expand upon your sedentary lifestyles by obsessing over Vampire Rave and watching day time television rotting what is left of your pathetic grey matter trapped like Jonah in your craniums. You don’t have to get up and actually participate in life what-so-fucking-ever. You can cast a spell on people who despise you. You can commune with the Gods you so cherish to fill the spiritual void you so desperately try to fill with self-immolating hatred towards the social order you look down on. You don’t even have meet face to face with the social self-imposed rejects that define your dejected identities.

Maybe you’re a fan of oh-so goth ‘pagan’ rockers Disturbed and their even worse brethren in corporate sponsored record label created bands? Lest we forget the epic lyrics of Disturbed, how Shakespeare and Homer would be proud! I need not even mention the Avril Lavigne’s of goth: Good Charlotte. If I see another one of you should-have-been-the-blowjob’s wearing pants with fifty zipper and tassels, generic I’m angry at the world t-shirts, and a sloppy attempt at Robert Smith makeup, my head will implode and cause a rift in space-time sucking every last one of you one-dimensional fucks into an abyss where you will be subjected to the Partridge Family and Jerry Falwell sermons for eternity.

As for the few goths who possess actual intelligence and style, as opposed to coffee house dwelling, clove smoking, bad poetry spewing, leftist-by-default pseudo-intellectuals – I cannot feel bad for you have let your culture be overrun by the disgusting mall-infesting carpet rodents that now represent your niche. History will be no more lenient to you than to the “moderate” members of the Nazi Party.

I have spent the entire time I’ve been subscribed to this site culling the lowest of the low, the true candidates for the Darwin Awards – and sharing the hilarity of how completely pathetic and fake your brightest stars shine. As a matter of fact, there’s no way these attention whores could ever be called completely pathetic, because they miserably fail at that too.

The uproarious comedic value of you and the rest of Vampire Myspace as we like to call it, has been truly invaluable in providing us days of conversation and gut-wrenching laughter. The daily Vampire Myspace All-Star brings joy to our lives. You truly represent the base caste of society…Khrushchev’s useful idiots, Nietzsche’s minderwertigermensch, Plato’s cavern prisoners…and that’s fucking funny. Perhaps with the slightest tinge of regret, I admit to neglecting my duties to participate, a pocket sized portion of me does wish this mildly regrettable past could be changed. This however, would require use of a (science has yet to provide) time-machine. But such actions are entirely irrelevant in the scope of personal and global history. So then perhaps I would not alter in the least my Vampiristic exploits (or lack thereof); in exchange of say for example, hunting dinosaurs, or killing Hitler’s pre-coital-mother. As such tasks would surely have much greater impact than neglecting to post on a bottom-feeding frenzy such as this.

Wait….Have you understood a single word I’ve said that is more than two syllables? Don’t bother translating this at Alta Vista, there’s no option for whiny uneducated pseudo-intellectual. And anyway, I’m not completely heartless. As a show of solidarity, I’ll translate this into 14 words, all two syllables or less:

You’re a bunch of whiny [Censored by VR] poseurs. Do mankind a favor and kill yourself.