I haven't been sick in over 5 years. Why? Because I don't spend a large amount of time around other humans.

I use that hand gel stuff that you don't have to wash off that kills 99.9% of germs on your hands, I have a bottle at home, in my truck, and 2 in my office. I helped put in a rule at the office that if you come in sick, hacking and coughing, symptoms of a cold you could be fired. STAY HOME! And you know never fails during flu season someone always shows up sick. I turn them right around and inform them do not come back till you have a doctors note you are no longer contagious. And in Canada we have free health care so NO excuse NOT to see a doctor.

Though I think you can agree with me that this is one type of healing I don't mind needing from this type of being sick..

Damn it xXxPaynexXx... I have 'Arsonist's Lullabye' stuck in my head going on 3 days now.... smh

LOL That's a great one to have stuck in your head!!!!

Hmmm, let's see I have hamburger patties, lettuce, cheese, bacon, jalapeno peepers, ketchup, mustered, sour cream, hamburger buns......what can I make with this crap? Wait, it's slowly coming to me.

Have you ever told yourself that you were only going to eat a small portion of something and then it tastes so good you start reading the ingredients feeling like there must be some sort of conspiracy where something addictive was added?

yes, for me, its called MSG.

but techally, food is made to do just that, for us to eat more and get fatter.

The Enemy of my Enemy is my Friend

I'm not saying Hillary or Trump is an Enemy

After 4 days, 4 lbs of Pool Conditioner, 2 Gallons of Pool Chlorine, and filtering the water for hours, the water is clear once more.

We will wait and see

Time to watch a movie on Netflix and eat pieces of dead animals.

You're NOT at War with Love

You're at War with Unmet Expectations

So I switched to buying Pool Essentials Pool Chlorine from Walmart instead of my local Pool Store's Pool Chlorine because it was less expensive. So tell me why my pool turned green?

I opened a new bottle and smelled inside, it smells more like water than Pool Chlorine. I think the product is watered down.

I even put an AquaChek Water Test Strip inside the product and it barely registered any chlorine in it at all. WTF?!

I bet you have more chlorine in your city water then that container of Wal-Mart pool chlorine.

So as stated, my water company is tripping. Human error though. My meter was manually read as 3083 which was billed at $233.03. I was like oh hell to the no, no, NOPE!

I read it and it reads 3063 and called to report the error. The bill was adjusted to $87.34. Still a little higher than average due to having a guest, but lower than Aug which was my highest billed amount this year. Better than a bill over $200.

Track, study, and know how to read your bills folks. Don't just pay crazy amounts. Call and challenge it, but know what you're talking about first.

I also discovered that the billing automatically starts at a certain rate for a household of 3 even though I'm the only one that lives here. Each home has a water budget. However, even though water usage is divided by Indoor, Outdoor and Wasteful, they really can't tell how much water is being used between Indoor and Outdoor? They just max out Indoor use, carry the remaining balance over to Outdoor use and anything over the total allotted usage amount budged for a home gets charged at the highest rate and listed under Wasteful. Wow!

A few years ago I had an $800 water bill. With the drought we were having, the ground cracked and shifted. It cracked the water line to my house and for 2 months I had a steady leak (although I never noticed a change in water pressure). The water company doesn't always READ the meter and sometimes just basises it off previous use. So when they actually READ the meter they called to inform me me that I MIGHT have a leak. Funny thing was the ground was never wet (as you would expect with a 2 month water leak). The plumber guy said it water was just soaking up into the earth almost instantly.

Wow! That's some story. I hope they worked with you on the bill.

So I'm watching this YouTube video and the woman is sharing her teenage sexual trauma.

Sadly, many females have in their past a rape event and it was usually by someone they know and trusted.

Now, those that do not seek physical, emotional and psychological help afterwards tend to (1) treat other people they encounter negatively or (2) they tend to treat themselves negatively as a result of that past trauma. However, they continue to pursue what they think will be a normal relationship or allow someone to pursue them in which they give in and give that person a chance to try to love them.

There can't be a healthy relationship until they recognize the trauma they've been through and allow themselves to heal from that past. Past unresolved trauma will always make things awkward or toxic in your future if never acknowledged and healed.

So anyway, I had 2 interesting dreams.

Dream #1: I had a dream that I woke up and started putting on my uniform because I was late to check in for Duty. Someone I knew was going to give me a ride because they too had to check in, but they were going to check in with the SgtMaj and I looked down at my officer uniform and said no thanks, I'll be checking in with the Executive Officer of a different unit so I told him to go ahead. As I was heading towards the door, I realized I was already 2 minutes late. I abruptly stopped and remembered....I'm RETIRED! So I slowly walked back to my room and began to remove my clothes as I smiled away. :D

Dream #2: I had these superhuman powers. I can fly and everything. There was this celebrity runner who had everyone running for some cause and I was running slowly with them, but decided to fly instead so I was flying by everyone waving. Then I decided to allow them to hear a sonic boom so I poured the speed on straight up. Before I went into space I stopped and returned close to the ground and with super hearing I heard a friend crying out. I found him in a wooded area where he was holding his little boy who had just passed away from an asthma attack. He saw me and was yelling for me to do something, I scanned the child, but I told him there was nothing I can do. He was beyond what my powers could do. He became angry with me and began to accuse me of lying and attacked me out of his grief. There was no way he could harm me so I let him get it all out until he passed out from exhaustion trying to hit what should have felt like steel. Then I wrapped the little boy up in a blanket and flew them both to the nearest hospital. While in the parking lot, a friend of mine saw me as she parked her car and asked me to fly her home since there seem to have been some sort of traffic jam and she lived about an hour away. So I told her to put on a jacket because I was going to be flying fast and she will get cold. After dropping her off home, I discovered the cause of the traffic jam. There were thousands of people trying to make there way somewhere ( I don't remember where) and they were all in the streets and highways. My first thought was to have them all hold hands and I would teleport them somewhere safe, but figured I couldn't get them all to hold hands at one time...I decided to find the source from which they were running away from, but then I woke up.

Yes,but...Where are the sandwiches in this little tale???

Linda is back in Florida and there she will remain.

I enjoyed her visit and companionship and she is a very nice person and I kept my word to give her the title of GF if she came here to visit, however, my heart no longer rule my mind and my mind doesn't rule my heart....They now work as a team to continue my way of life of Serenity, Happiness, Love, Sex & Magick.

Always think positive. Never give up. And always smile ^^

Bandit loves ice. Why doesn't he get a brain freeze? Wait, no comment. Ha!

He has two water bowls. With with only ice and the other with ice and water. It's funny hearing him chew on the ice. LOL!

If I give my cats some ice cream, they get it!!!

Nice! I love the rain.

You ever wake up, sit up and then look back to ensure you're not dead? LOL!

The first thing on my mind when I wake up is Bandit and how long he has held his bowl movement so I need to go let him out.

However, the first thing I do is answer the call of nature myself.

Well obviously news outlets around the world are slipping because 'Yes', I have awakened.

Frosted Flakes is life right now...That is all.

You're busy trying to protect your Soul when the battle for your Heart & Mind has already been won....

So I'm standing in front of my fridge wondering what to eat when I find myself looking back and forth between a hamburger, a pack of bacon and cheese.

So a Bacon Cheese Burger it is....

"If you get hurt, hurt them back. If you get killed, walk it off." ~ Captain America

In honor of xXxPaynexXx's love for 'The Walking Dead', I give to you her favorite scene of all time.... 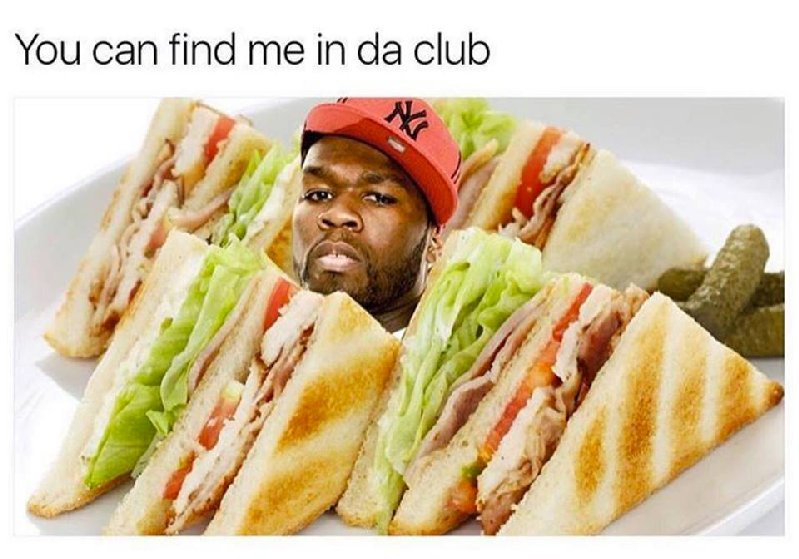 I'm loving this one!

If I discovered that I was dying and had only one week to live, that would NOT be the worst day of my life.

Death and what comes after is not something that I live in fear of daily like many people.

The worst day of my life would be the day I lose HOPE!