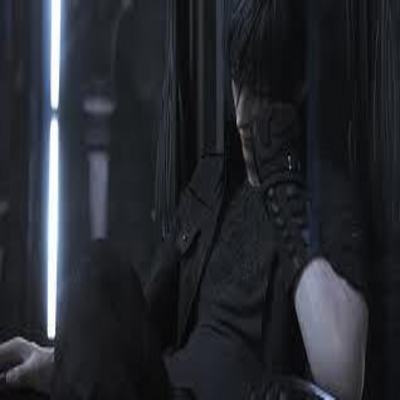 Due to your condescending conceited level of that which most people would actually consider a level of "moral intelligence/ common sense"( which apparently all the above does not apply to you) unfortunately you give you entire generation a bad rep an here's the reason behind this statement.


Here's your recent message to one of my friends.

You can spend your life with that loser because it seems you are a loser.


You don't even watch your own son who does not have anything to do with that loser. When i was there he would come and sit with me and want to be hugged but he does not even go near that loser or does he talk to him unless he has to

Now if you were even remotely intelligent as you say you are you might have understand that the child that you are referring to wanted to spend that much time with you due the fact that from what he thought was you was going to be his new step parent and wanted to spend all the time he could getting to know you. And you're calling me the loser? How does that exactly work? I mean if I was with someone and their child wanted to spend more time with their parent's ex that would pretty much tell me that their child wanted nothing to do with me and that relationship would not work. You're calling me a lose when you said to me in person that if you have a problem with someone, you say it to their face yet every issue you had with me was talked about behind my back, hypocrite much? You accused me of assuming things when I asked and here you are assuming something about me a my friend's son that is something that you have no clue about. Here's a hint for you, let's see if you're intelligent enough to understand it. The child that you're referring to in your message, not only is practically around me every chance that he gets but at times he sounds as he was vaccinated with a phonograph need with how much he talks to me. (Not that I'm complaining cause I'm not) the sad part is that you're claiming that he'd rather be around you more then me. Okay, if that was the case then how come said child chose to have me here rather then you? here's something that I know you didn't, his mom asked him who he would rather live with, me or you? and in less then 30 seconds answered the question. (Here's a small hint for you, it wasn't you) As far as your claim to me having nothing to do with her her one son, you might want to rethink that logic cause considering that I've helped raise him for going on 6 years and the fact that he is my son's brother says otherwise. As far as you calling me a loser just cause of the outcome of a relationship did not turn out the way you want it to, I'm not the one who went to someone else's house and through center actions tried acting in front of the child's parent that I was the new father and you thought that I didn't notice that. so if I'm a loser what's that make you? certainly not the better person in this.

I have truly tried staying out of you and my friend's arguments, but unfortunately every time I turn around you're right there trying to drag me into it and I'm tired of it. You put me down every chance you get when I don't even talk to you, but yet when you find out that she has told me something about what you have said about me, you proceed to demoralize for doing what any best friend would do. Here is my last thought on that part and I'll be done with this little rant. If someone was demeaning your best friend every time they were aggravated with you, how do you think your best friend would feel if he or she found out that you were keeping that from them?

Shouldn't worry yourself with puny minded people ..a waste of energy