The district attorney’s office will review, recall and resentence nearly 5,000 felony marijuana convictions, and dismiss and seal more than 3,000 misdemeanors that were sentenced prior to Proposition 64’s passage, District Attorney George Gascón said. The move will clear people’s records of crimes that can be barriers to employment and housing.

Proposition 64 legalizes, among other things, the possession and purchase of up to an ounce of marijuana and allows individuals to grow up to six plants for personal use. The measure also allows people convicted of marijuana possession crimes eliminated by Proposition 64 to petition the court to have those convictions expunged from their records as long as the person does not pose a risk to public safety.

They can also petition the court to reduce some crimes from a felony to a misdemeanor, including possession of more than an ounce of marijuana by a person who is 18 or older.

Read the full story on LATimes.com.

LORD MOGY:
1 year ago
Ok, I'm just a little confused. What is the point trying to be made? We know some Law Enforcement Officers act badly. We know minorities are unfairly caught up in the justice system.

However, do we as citizens knowingly break a current law we feel is unjust and continue to break that law until the law is changed while complaining about being arrested and going to jail and prison and the negative impact of doing so or should we abide by the current law and become activist and voters FIRST helping to bring about a change to the law and then operate legally?

Pertaining to the Santa Anna Dispensary. If said dispensary was not among the 20 marijuana shops chosen to apply for permits as part of Measure BB, a city ballot initiative approved by voters in November 2014 and it did not have a state license to operate, aren't they just looking to get raided?

I mean just yesterday you said if Pot Growers were trying to grow and consume weed in their home state or going to lawyers to try to and do all of that..to make sure it's LEGAL first and to use Google to do a simple search which would have informed them that their state's MMJ Law had failed to be passed just the year prior. So if law enforcement knows the business isn't legit (legal) and the business itself knows it's not legit (legal), I would say they are the ones taking a risk. States are already not assisting Federal Law Officers to conduct raids and Congress has already defunded the DOJ from prosecuting and other activities that would require funding to operate against state-operated MMJ activities so aren't they just flaunting their "illegal operations"? Regardless of cops behaving badly which many times is the norm, why give them the legal reason to raid? If you're suing the city and still NOT operating within the law, well they might as well had posted a sign that said "Raid Me" in front of their shop. When local police raid and not the Feds in a Legal MMJ State, you know something may not be on the up and up. My thoughts...That's why people may not care so much. Operate within the law and then when you are harassed by law enforcement acting shady, then there should be community outcry in addition to their bad behavior.


Furthermore, on the story of Nija Guider who attended Deja Heard's 21st birthday party (not actually within the city of Atlanta) that was arrested in Cartersville, Georgia, according to my Google Search, the Atlanta Voice and The Intercept reported that everyone at that party (63 people) were arrested. They were called out due to neighbors reporting gunshots and while there they discovered two firearms at the scene, including one that had been reported stolen in Detroit, as well as “several smoking devices” and “suspected cocaine.” Officers also found less than an ounce of marijuana, reported the Cartersville Daily-Tribune. When no one admitted to owning the weed, everyone still at the party was arrested. Including Nija Guider. “All the subjects at the residence were placed under arrest for the possession of the suspected marijuana which was within everyone’s reach or control,” said the Bartow Cartersville Drug Task Force in a news release.That the individuals arrested were predominantly black males ages 19 to 25. Four men were also booked on suspicion of felonies not related to drug possession. That in nearby Athens, Georgia, black individuals are 4.7 times more likely to be charged with a marijuana violation than white individuals, so again, if you're at a party in a state that is not MMJ legal, why stay knowing you have a child or children and what will happen if Murphy's Law comes to play?

6 Figure Side Hustle with Charlo Greene:
1 year ago
LORD MOGY you’ve never jay walked? Or smoked federally illegal weed before? Have you ever been at a party where someone might have consumed drugs? How many times were you arrested for these things?﻿

LORD MOGY:
1 year ago
They say 'Laws' are made to be broken. Well, those laws I may have knowingly broken to benefit me in some manner would have come at a cost if I had gotten caught. However, it would have been a cost I would have been willing to pay without blaming others since I made the personal 'choice' to break that law. As far as Legal at the State level, but not at the Federal Level, well I see it like this...Mom says it's ok, but Dad says it isn't, but I really want to do it so I'm going to do it and allow Mom & Dad to fight it out. If I get in trouble, well I hope Mom is there to stand up for me so I hope my State will be there to fight for me. No, I've never been at a party where I was in close proximity to someone doing drugs or where drugs where seen. If I would have seen it, I would have left the party immediately since I have much to lose. I've never been arrested. However, having spent over 24 years in the USMC, taking responsibility for my own actions is part of my character. I'm not perfect, but I'd like to think I'm wise when making Life Changing Choices.﻿

As an African-American, Ordained Pagan Minister Warlock Lord, Sexual-Vampyre, Hedonist, Retired Marine Officer, when I discovered there was a weed strain named 'Warlock', well I just had to have it. I traveled 30-minutes one-way just to obtain some.

It is an indica-dominant strain. It does have a sweet and sour aroma. The taste is skunky with no surprise having been crossed with Skunk and Afghani varieties. After one bowl via a bong, it went straight to my head.

I was surprised that it did indeed stimulate my mind while not giving me that drowsy feeling by it being an indica-dominant strain and all.

However, although my mind was buzzing, I felt mellow at the same time. I even noticed a slight hip pain had vanished so it must have a higher level of CBD.

I may be biased, but I highly recommend this strain. 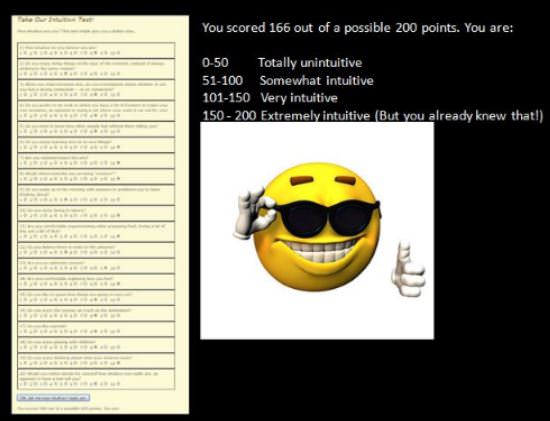 And since the link also contained another link for a Psychic Test, I decided to do a little experiment.

I took the Psychic Test BEFORE consuming cannabis and scored a 40.

21-40 is Not particularly psychic.

Then I took the Psychic Test RIGHT AFTER consuming cannabis and scored a 5.

So then I gave it time for the edible to kick in and re-took the Psychic Test and scored another 40. Haha!

I may Not be particularly psychic, however, I am Extremely Intuitive with that 166 score. LOL!

Then I had to read up on the different Psychic Abilities again... LOL!

And in other news 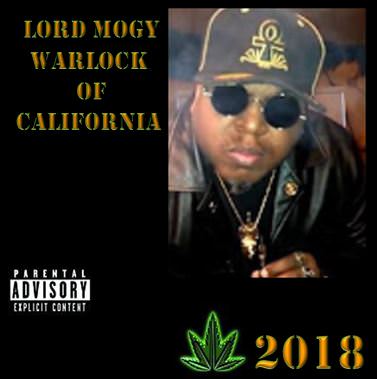 Was feeling some back & hip pain...WAS.....I have a confession to make 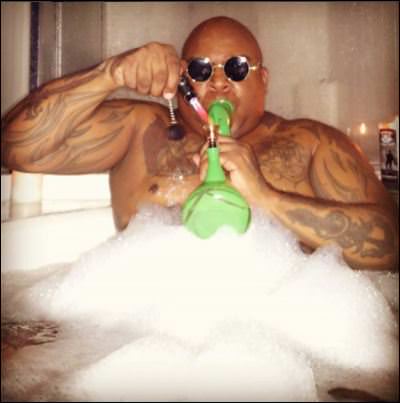 2 episodes of 'Disjointed' Season 2 remains to be watched after binge watching. Not as entertaining as Season 1, but still entertaining.

The society we live in 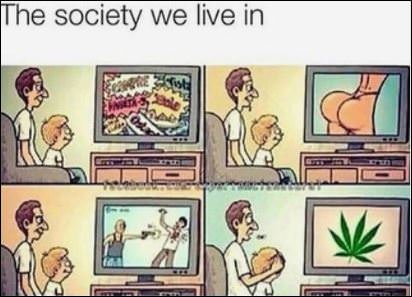 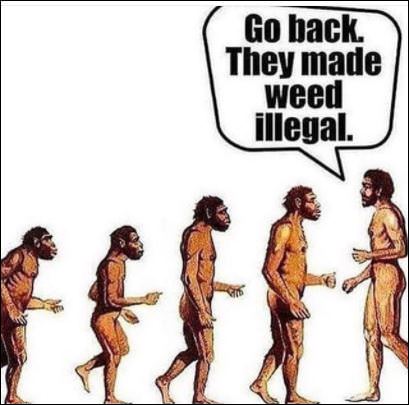 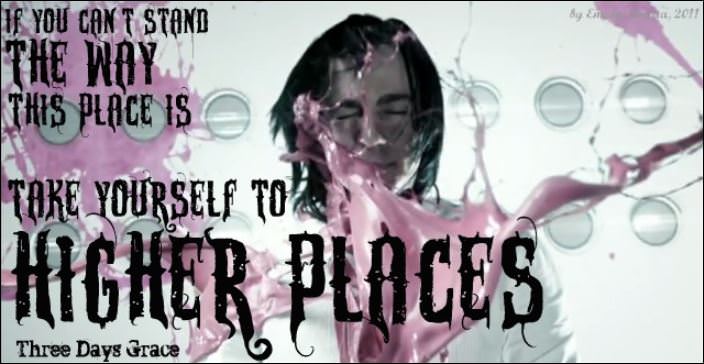 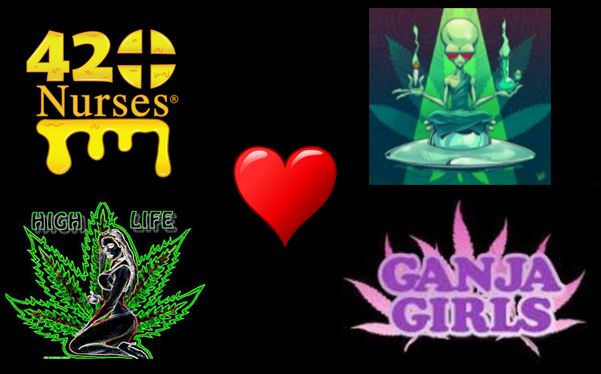 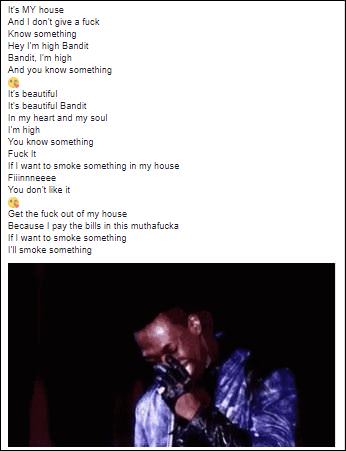 "Suppose when we post a selfie, we make a duplicate of ourselves and trap it in cyberspace frozen in that pose for all time. Never able to move...never able to die....trapped in time for all the world to see depending on the settings. Forever able to look at the real world through our computer screen, but nothing more. Not even able to cry."

[Takes a puff...Blows it out]
🤔
"Suppose when we post a selfie, we make a duplicate of ourselves and trap it in cyberspace frozen in that pose for all time. Never able to move...never able to die....trapped in time for all the world to see depending on the settings. Forever able to look at the real world through our computer screen, but nothing more. Not even able to cry."

So this website claimed it had the ability to send me pictures of multiple reincarnations of myself from previous lifetimes. Even sent me an example for free. 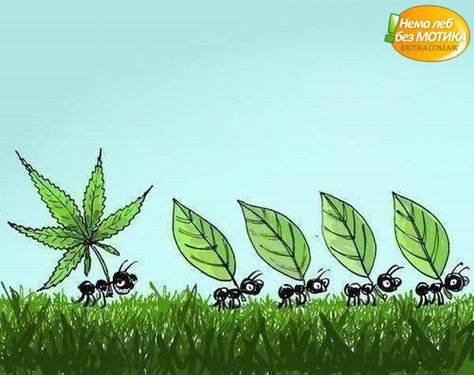 All I remember is smoking a chunk of Blueberry Moonrock the size of a grain of rice and then waking up with my CPAP Machine mask on top of my forehead with an empty Subway sandwich wrapper next to my pillow...LOL!

R.I.P. Eyeball Bong. Gone Way Too Soon. But I Had You Too Close To Bandit And His Tail.

Did Bandit hurt himself?

Nope....Bandit is just fine. He owes me a Bong though. I'm taking it out of his Snack Allowance.