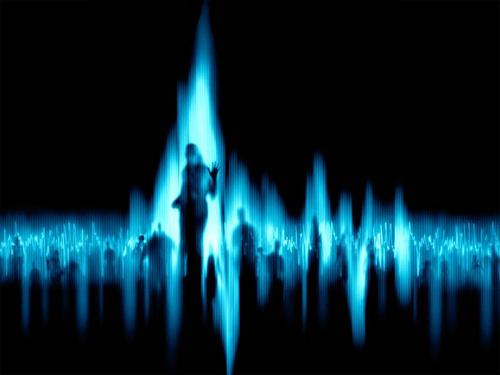 
Otherwise known as EVP, electronic voice phenomena is the recording of mysterious voices from "beyond." Here's what it is, how it works and how you can experiment with it.

Mankind has long believed that it is possible to communicate with the dead. Attempts to do so have been made over the centuries through oracles, séances, mediums and psychics. Today, with a variety of electronic equipment at our disposal, there might be an easier, more effective way. And whether or not the results really are communication with the dead - or something else - the results seem to be quite real. Here's what you need to know about it, how you can hear samples and how you can try it!


WHAT IS ELECTRONIC VOICE PHENOMENA


Electronic voice phenomena - or EVP - is a mysterious event in which human-sounding voices from an unknown source are heard on recording tape, in radio station noise and other electronic media. Most often, EVPs have been captured on audiotape. The mysterious voices are not heard at the time of recording; it is only when the tape is played back that the voices are heard. Sometimes amplification and noise filtering is required to hear the voices.

Some EVP is more easily heard and understood than others. And they vary in gender (men and women), age (women and children), tone and emotion. They usually speak in single-words, phrases and short sentences. Sometimes they are just grunts, groans, growling and other vocal noises. EVP has been recorded speaking in various languages.

The quality of EVP also varies. Some are difficult to distinguish and are open to interpretation as to what they are saying. Some EVP, however, are quite clear and easy to understand. EVP often has an electronic or mechanical character to it; sometimes it is natural sounding. The quality of EVP is categorized by researchers:

*Class A: Easily understood by almost anyone with little or no dispute. These are also usually the loudest EVPs.
*Class B: Usually characterized by warping of the voice in certain syllables. Lower in volume or more distant sounding than Class A. Class B is the most common type of EVP.
*Class C: Characterized by excessive warping. They are the lowest in volume (often whispering) and are the hardest to understand.

The most fascinating aspect of EVP is that the voices sometimes respond directly to the persons making the recording. The researchers will ask a question, for example, and the voice will answer or comment. Again, this response is not heard until later when the tape is played back.


WHERE DO THE VOICES COME FROM?


That, of course, is the mystery. No one knows. Some theories are:

*They are voices of people who have died. This is why many researchers go to cemeteries seeking EVPs (and often with great success). In this context, the phenomenon is sometimes called instrumental transcommunication or ITC.

*They are from another dimension. It is theorized that there may be many dimensions of existence, and somehow beings from some other dimension are able to speak and communicate with ours through this method. A good question is, however: How do they know English and other languages of our dimension?

*Some people believe that these voices are angelic or demonic in origin.

*Skeptics assert that there is nothing to EVP at all - that the "voices" are either hoaxed, random noise interpreted as voices, real voices already on the tape, or voices picked up from radio, cell phones and other such sources.


HOW DID IT BEGIN? A SHORT HISTORY...


1920s. It is not generally known that in the 1920s Thomas Edison tried to invent a machine that would communicate with the dead. Thinking this was possible, he wrote: "If our personality survives, then it is strictly logical or scientific to assume that it retains memory, intellect, other faculties, and knowledge that we acquire on this Earth. Therefore … if we can evolve an instrument so delicate as to be affected by our personality as it survives in the next life, such an instrument, when made available, ought to record something." Edison never succeeded with the invention, obviously, but it seems he did believe that it might be possible to capture disembodied voices with a machine.

1930s. In 1939, Attila von Szalay, an American photographer, experimented with a phonograph record cutter in trying to capture spirit voices. It's said that he achieved some success with this method and got even better results in later years using a wire recorder. In the late 1950s, the results of his experiments were documented in an article for the American Society for Psychical Research.

1940s. In the late 1940s, Marcello Bacci of Grosseto, Italy claimed to be able to pick up voices of the deceased on a vacuum tube radio.

1950s. In 1952, two Catholic priests, Father Ernetti and Father Gemelli, inadvertently picked up EVP while recording Gregorian chants on a magnetophone. When the wire on the machine kept breaking, Father Gemelli looked to heavens and asked his dead father for help. To the shock of both men, his father's voice was heard on the recording saying, "Of course I shall help you. I'm always with you." Further experiments confirmed the phenomenon.

In 1959, Friedrich Juergenson, a Swedish film producer, was recording bird songs. On playback, he could discern his mother's voice saying in German, "Friedrich, you are being watched. Friedel, my little Friedel, can you hear me?" His subsequent recording of hundreds of such voices would earn him the title "the Father of EVP." He wrote two books on the subject: Voices from the Universe and Radio Contact with the Dead.

1960s. Juergenson's work came to the attention of a Latvian psychologist named Dr. Konstantin Raudive. At first skeptical, Raudive began his own experiments in 1967. He too recorded the voice of his deceased mother saying, "Kostulit, this is your mother." Kostulit was the boyhood name she always called him. He recorded thousands of EVP voices.

1990s to present. EVP continues to be experimented with by a number of individuals, organizations and ghost research societies.

Delving into the other world can get you in over your head very quickly.. I strongly recommend that you know what you are doing before you try contacting the Spirit World.. and do all possible research on everything before you attempting a EVP contact