Ghosts... What are they? 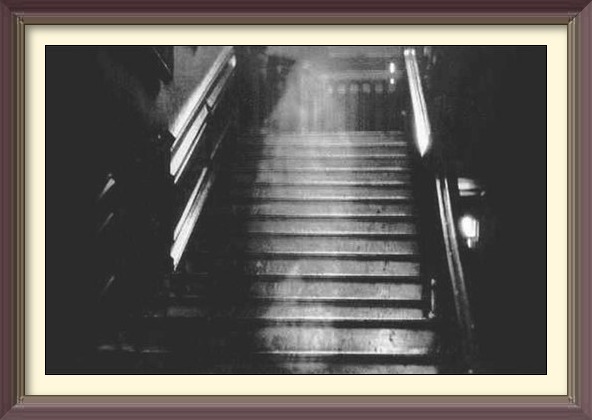 GHOSTS... WHAT ARE THEY

Do you believe in ghosts? The many thousands of reports from all over the world leave little doubt that haunting experiences are quite real. But what causes them and why?

YOU'VE SEEN THEM depicted in movies, read stories of their unnerving activities and have seen television shows and documentaries sensationalizing them. You have probably seen rare photos of them and have likely heard of first-hand ghostly encounters from friends and relatives

But what are ghosts? I'll give you the answer straight out: No one knows for certain.

There are, however, many theories to explain the thousands upon thousands of documented experiences that people around the world have had since the beginning of recorded history. Ghosts and hauntings seem to be a relatively common part of the human experience. And there appear to be several types of ghosts or hauntings, and more than one theory might be needed to explain them all.

The traditional view of ghosts is that they are the spirits of dead people that for some reason are "stuck" between this plane of existence and the next, often as a result of some tragedy or trauma. Many ghost hunters and psychics believe that such earth-bound spirits don't know they are dead. Veteran ghost hunter Hans Holzer wrote, "A ghost is a human being who has passed out of the physical body, usually in a traumatic state and is not aware usually of his true condition. We are all spirits encased in a physical body. At the time of passing, our spirit body continues into the next dimension. A ghost, on the other hand, due to trauma, is stuck in our physical world and needs to be released to go on."

Also known as "intelligent hauntings," these ghosts exist in a kind of limbo state in which they haunt the scenes of their deaths or locations that were pleasant to them in life. Very often, these types of ghosts are able to interact with the living. They are, on some level, aware of the living and react to being seen on the occasions that they materialize. Some psychics claim to be able to communicate with them. And when they do, they often try to help these spirits to understand that they are dead and to move on to the next stage of their existence.

Some ghosts appear to be mere recordings on the environment in which they once existed. A Civil War soldier is seen on repeated occasions staring out a window at a house where he once stood guard. A dead child's laughter is heard echoing in a hallway where she often played. There are even cases of ghost cars and trains that can still be heard and sometimes seen, even though they are long gone. These types of ghosts do not interact with or seem to be aware of the living. Their appearance and actions are always the same. They are like spirit-level recordings - residual energies - that replay over and over again.

"A traumatic moment in time leaves an indelible impression on the building or area," says Strange Nation in "What Is a Ghost?," "replaying itself for eternity. This could be anything from a 'glimpse of the past' - a recreation of some traumatic or emotion-laden event - to footsteps up and down a hallway."

What causes these recordings to be made and how and why they are played back is a mystery. "How and why past events are recorded and replayed repetitiously is not understood," writes Lauren Forcella. "Whatever the actual mechanism, it apparently possesses longevity as the encore performances of a haunting can continue for decades or longer. Generally, the haunting is a fragment or portion of an actual event."

These kinds of ghosts may be the most common. These spirits usually appear shortly after their deaths to people close to them. They are aware of their deaths and can interact with the living. They most often bring messages of comfort to their loved ones, to say that they are well and happy, and not to grieve for them. These ghosts appear briefly and usually only once. It is as if they intentionally return with their messages for the express purpose of helping the living cope with their loss.

"This category commonly involves one-time visits to someone with whom the apparition has close emotional ties," says Lauren Forcella at Paranormal Investigations, who calls these ghosts "crisis apparitions." "Though the encounter usually seems to be a type of farewell, sometimes important and useful information is relayed to the 'viewer.' Though dying is the most common crisis, other life-threatening situations can also trigger apparitional visits."

This type of haunting is the most feared by people because it has the greatest ability to affect our physical world. Poltergeists are blamed for unexplained noises, such as wall-banging, rapping, footsteps and even music. They take our possessions and hide them, only to return them later. They turn on faucets, slam doors, turn lights on and off, and flush toilets. They throw things across rooms. They have been known to pull on people's clothing or hair. The malevolent ones even slap and scratch the living. It is because of these sometimes "mean-spirited" manifestations that poltergeists are considered by some investigators to be demonic in nature.

Other investigators, however, believe that poltergeist activity is not caused by ghosts at all, but by certain living people under stress. "During a poltergeist experience," writes Lauren Forcella, "the agent, in an attempt to relieve emotional stress, unknowingly causes the physical disturbances using mental forces. The mental mechanism that allows the poltergeist agent to unconsciously cause these physical disturbances is called psychokinesis."

The skeptics' point of view - if they are willing to admit there is anything to haunting experiences at all - is that they are all in our minds, or are products of our own minds. Ghosts, they say, are psychological phenomena: we see them because we expect to or want to see them.

A grieving widow sees her dead husband because she needs to; she needs the comfort of knowing that he is alright and happy in the next world. Her mind produces the experience to help itself cope with the stress of the loss. Since we know so little about the power and capacity of our own minds, it's possible that they can even produce physical manifestations, such as apparitions and noises - projections that even others may be able to see and hear. But they are not "real" in any sense, say the skeptics, just the conjurings of powerful imaginations.

Are there such things as ghosts? The phenomena of ghosts and hauntings are very real experiences. It is their true cause and nature that is the ongoing mystery.

Is there anyone out there...

update in journal on where i have been