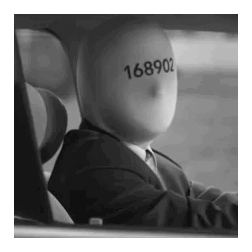 
A short tale, told by Greg the Armadillo...

Humans are silly creatures. Rather than settle with a pleasant, comfortable hole in the ground; they build elaborate piles of wood and fill them with things they cannot eat. Houses, they call them.

Rather than swim in a lake, they build little lakes by their wood piles and fill them water and chemicals that no one -- not even a thirsty opossum -- would drink. Swimming pools, they call 'em.

And you know opossums; those damned fools will eat & drink ANYTHING. But not this stuff. It's wretched.

THEN. And here's the part that really baffles me -- they put obstacles around their wood piles and little blue lakes to keep other humans out. But they're not really SERIOUS about keepin' each other out, ya know? These 'fences' -- as they call 'em -- are pretty easy for them to climb over. Heck, you can see right THROUGH 'em. I mean. COME ON.

So, the other night, I'm hiding behind the trashcan at the Connor's house (ya know, the house with the little blue lake and the big green garbage can by the fence) and I'm just sittin' there thinking about their wood piles, and little blue lakes, and fences and stuff -- as we armadillos often do -- and this human female comes stomping along smelling like empty vodka bottles and coconuts (?!?!) and without a word she just hops over the fence like it's not even there.

But here's the part that REALLY blows my mind: she was completely hairless except for her head and -- you guys back me up on this, you were there -- she wore the skin of a rattlesnake around her girly bits.

I shit you not.

Hope you don't think we will be satisfied with just one short tale huh?

I agree. Greg is my new hero. He is wise and should weigh in on all things of marginal importance.

I am inspired to now write one for Joli, too.

Again. There are NO words. I assume it would take an armadillo to voice an accurate account of the rank stupidity of some hoomans....

Could have put up a bigger picture....just saying ^^

This ain't too far from the truth, actually.


I was 18 when I last saw Kenny. And if you had told me back then that I wouldn't see him again -- or speak to him in person -- for almost 17 years, I wouldn't have believed it.

Youth is funny that way. You see, after high school, I went off to attend college and he went to live with his mother in another state. We tried to keep in touch but after a few years the phone calls and letters grew more & more infrequent.

This is how people kept in touch before The Internet was invented. Please don't make fun of me.

Time marches on. It's stubborn and merciless that way. College came and went. And the years after college came and went. High school became a dim memory. Every once in a while I would Google his name, but could never find a trace of him. By the time our 10th high school reunion came, no one else had seen or heard from him either.

I wouldn't say we were best friends, but we were good friends. He was witty in his own way, though it didn't translate into good grades or scholastic achievement. We both sucked at playing guitar, so we had that in common. And he had a great sense of humor; sarcastic and witty, but devoid of meanness.

He was the one who told me about Beavis and Butt-Head not just because it was a funny show back in The Day, but because he noticed the subtle intelligence that lurked beneath the surface -- despite my objections to the contrary. Eventually I had to agree with him.

My parents never liked Kenny -- which I never quite understood.

As it turns out, my parents believed the neighborhood gossip at the time -- the grapevine, if you will. As teenagers, we were oblivious to the hushed accusations and whispered calumnies of our suburban neighbors. Believe me when I tell you; Kenny was no bully, nor was he a devil-worshiper, nor was he a thief, nor a drug-addled loser. Nor was I, for that matter.

I suppose, for the upper-middle class church-going uptight suburban gossip-mongers, it's easy to blame your worst fears on the long-haired kids with black tee shirts and loud music. Maybe it comforted them.

Of course my parents didn't tell me these things until many years later, and by then it was pointless to deny them. My denial only made me seem defensive. But I defended him (and still do) because that's what friends do. And I knew the accusations to be false.

At any rate, dear reader, a few months ago I finally found him. And last weekend, the lovely Ms Thothythoth and I flew to Florida for a surprise visit.

Ohhh.. in preparation for the visit, did you protest to TSA - "PASSPORT? I DON'T NEED NO STINKING PASSPORT! I AM CORNHOLIO!!!!"

WHA? A cliffhanger? You're a mean one, Mr. Thoth.

I did that just to torture you, Joli.

Admit it: you didn't fly to Florida for a surprise visit with an old friend, you did it so you could play on the beach and the friend was just an excuse. That's cold, man.

Your post took me back to the high school years (particularly 95, 96, & 97). Those were good times. My best friend from high school called the other night and was all reminisc-y and stuff: "Remember so and so?", "Oh, I'm gonna look at my yearbook; I think so and so signed it!", etc.

I hope the trip went well and that you had fun. :)

What the hell is with the cliff hanger!!!

Wow, you really took me back to my own teen years lol.

I too have been looking for one of my own long time 'pals' who just sort of vanished a few years ago. We tried and tried to keep in touch...but lost contact. With the help of my sister, we found her THIS evening and I find myself speechless. I have my own to be continued lol.

I can't wait to hear how this turned out. I am so fed up with the jerks coming out of the woodwork on FB, that this will truly be a welcome interlude.

But please kick some of the Florida sand for me outta spite- You know how I HATE Florida...lol

So you didn't kill kenny then Thoth.

Now I want to listen to Def Leppard.

Or do people actually try to prank you?

with a burning passion.

Dam you *shakes fist* I would get you if you lived near me.