Conviction. So many people here seem to lack it.

So, we got a new puppy in the house. He's the cutest thing. The shelter said his mother was a lab/pit bull mix, but he looks to be mostly lab. Sweetest little pup, bit of a whiner, but I suppose that's to be expected. Thinking of naming him Whiskey. 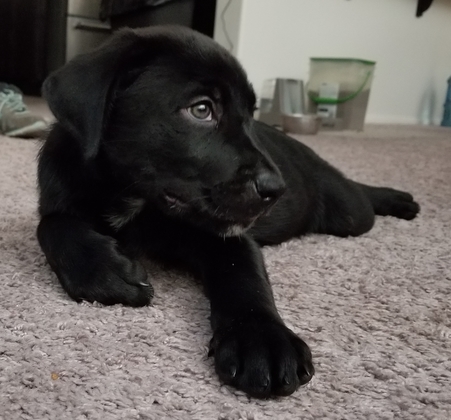 I knew it was only a matter of time before that place got me sick. And I can't even rest and get better, I still have three more nights of work before my weekend. I feel like garbage.

On the plus side, I got the external hard drive for my Xbox today. So, a little bright spot. Tomorrow my gloves should come in. That's what I'm really waiting for.

It's nice, to be completely done with work an hour and a half early. My supervisor was all, just go hang out in the break room until it's time to clock out, so that's what I'm doing.

I ordered the present for Chris. I'm a little annoyed I won't get it until we'll into September, which means he won't get it until a bit after that. But, hopefully he'll like it. It's a Dragon Ball Z thing, a series he absolutely loves. A Shenron figure with replica Dragon Balls to display. It looks pretty awesome in pictures, so here's to hoping it is just as awesome in person. I really hope he likes it... I won't know until he gets it sometime late next month.

I found the perfect thing I want to get Chris for his birthday! I ran it by Nathan, just to ensure that he'd like it, and Nathan was all like, "I may just send you my address instead." The address thing is because I asked him for Chris' new address, as I didn't want to ask Chris himself and have him ask me why. Needless to say, Nathan approves of my gift idea. Now all I have to do is buy the things, buy a card and box, and send them to him. I doubt it'll get to him before his birthday, but that's okay. As long as he gets them.

It's been a long day. I had work, then I did some shopping, and finally went to the gender reveal party for my youngest cousin and his fiancé. They're having a boy! I got to see my nephew, hang out with my mom's family, and enjoy things for a little while. Totally worth losing some sleep over. Now I really need to sleep but it's proving impossible. These hours, they are killing me. Tomorrow I'm supposed to go with my mother and my aunt to look at bridesmaids dresses, and I don't know if I'll be able to make it. I hate not being able to do things on the weekend.

Having someone to text makes these long work nights go that much quicker. It's nice.

Slow days are the worst. Time just seems to drag on and on, making it feel like I've been here forever.

Two days of sweet, sweet freedom. Where I'm going to do absolutely nothing and try to thaw out, because even with the heater running on high on the drive home, and being curled up under three blankets, I am still freezing. I've got on socks, sweats, and a sweater and I still am unable to get warm. So, these two days are going to be nice.

Oh my god, look at this kid! Look at that face! Man, I miss my nephew. On one of my days off I'm going to have to go to pay him a visit. 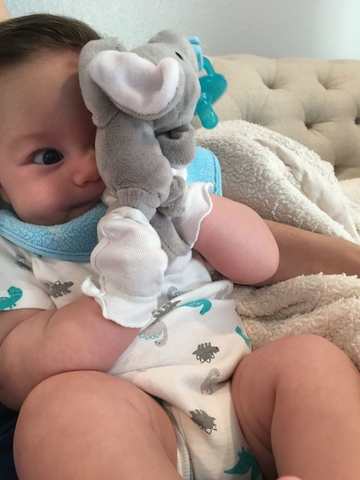 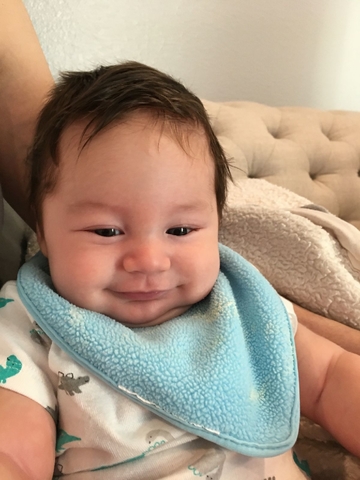 Oh he's the cutest baby ever!

Heh, that little smirk on his face is so cute.

It takes a real monster to say that they're happy someone is dealing with the loss of a loved one. A real fucking monster. To even imply that the pain and suffering that comes with such a loss is deserved is absolutely disgusting. You're disgusting. I would say so much more, but you don't deserve it. Just know that you're a horrible excuse for a human being.

What a horrible HORRIBLE person.

I saw the journal entry and was absolutely disgusted by it. It baffles me how hateful someone can be.

It's one thing to act in hatred for someone- and I'm guilty of such, but it's another to make comments as dishonorable as that. Anyone who stands by and condones this is just as reprehensible as this person is.

Considering how I spend 8 hours a day freezing my butt off, I will never complain about the heat again. It was 80 degrees when I got out this morning at 8:30, and it felt so freaking good sitting in a hot car with a long sleeve shirt and sweater on when I was driving home.

Dem hours are rough, not gonna lie. So sleepy. This is the best way to ring in my 30th birthday, sleeping the entire day away and then going back to work.

Enjoying my last real night of gaming with friends. I put Destiny on the back burner and instead hopped into Diablo 3 with Chris and Nathan. It was nice, just to hang out and talk with them while we played. I hadn't spoke to Chris or Nathan for a few weeks, so it was nice to hear their voices on the other end. I've been so caught up in Destiny nonsense, helping a new streamer friend run raids for the last few weeks, it's worn me down on the game. So, this was very much a lovely break from my norm. And, I'll miss these late night gaming sessions I have with Chris and the guys. Because these new hours are stupid and I'm not exactly looking forward to it, and I doubt I'll be on much during my downtime. I just gotta make sure I've got the time to put in when Destiny 2 comes out next month. I don't want to be left behind.

New work hours are from midnight to 8 am. This... This is going to be something that may take some getting used to. But, can't beat the pay.

It must be so sad, being you. Being so invested in the lives of other people. People you know literally next to nothing about.

I've been thinking about it a lot lately, I'm seriously considering going to get my nursing degree. It's not going to be cheap, and it will take, at the very least, a year, but I think it'll be worth it in the end. I think I could really do well as an RN.

Three hours of sleep does not a happy Immy make. It's going to be a very long day.

I have to be up in a few hours for work related things, but I just can't get to sleep. That's a really big issue since I'll be driving pretty much the entire day. My sleep schedule is all kinds of fucked up these days. I just don't sleep at night. I've always been a night owl, and getting to sleep has always been an problem. Either I fall asleep at 7 in the evening or 3 in the morning, there is really no in-between. And it's killing me. I can't pull those kinds of hours anymore, especially since life has gotten far busier for me in the last few months. I think it's time to reinvest in higher doses of Melatonin. And to shut my phone off at midnight. Because having a computer that fits in the palm of my hand at my constant disposal is not conducive for getting a decent night's sleep.

Thunder and lightning and rain. Oh my. What a way to ring in the month of August. I'd approve if it wasn't so icky outside. Hot and humid.

I'm going to be 30 in a little less than 2 weeks. That's a scary realization. This isn't where I figured I would be in life when I hit 30. I figured I'd be married, maybe with a kid. I don't know. I feel like all of that is slipping away from me. That I'm just going to be the spinster who dotes too much on her nephew and has too many cats. I hate getting older...

I balance on the precipice of change,